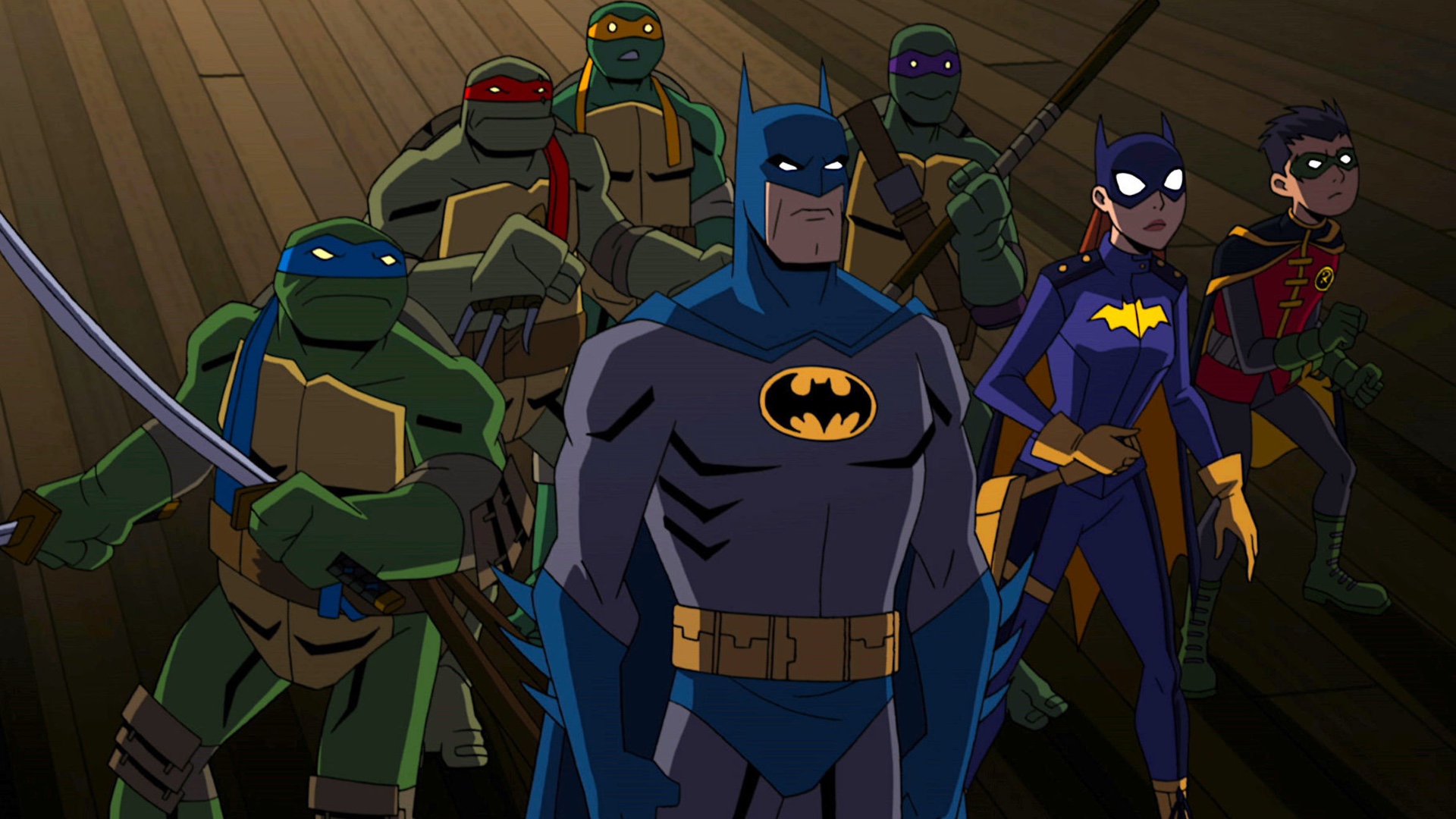 If there’s one thing I’ve learned over the years, it’s that comic books can get really weird. For instance, just look at the original explanation for Jason Todd’s resurrection in the Under the Hood storyline. Rather than merely employ the far simpler and long established Lazarus Pits as the tool for the fallen Robin’s rebirth, the original iteration of the storyline explained that Todd was jolted back to life somehow due to an incident from a massive crossover comic event that had happened twenty years prior. There’s also the countless crossover comics that have been made over the years, such as the times where Batman fought alien horrors like the Xenomorphs and a Predator.

SyFy reports that Warner Bros and Nickelodeon have made an animated crossover film titled Batman vs Teenage Mutant Ninja Turtles, based on the 2015 crossover comic of the same name, is set to be released later this Spring. The site also released an exciting still image from the film showing the Dark Knight, Batgirl and Robin working side-by-side with everyone’s favorite pizza-obsessed turtles.

The film features an impressive cast of voice actors for Batman vs Teenage Mutant Ninja Turtles, with Troy Baker starring as both Batman and the Joker (a first ever for an actor working on a single film), Darren Criss as Raphael, Kyle Mooney as Michelangelo, Baron Vaughn as Donatello, Eric Bauza as Leonardo, Rachel Bloom as Batgirl, Tom Kenny returning as the Penguin, John DiMaggio as Mr. Freeze, Tara Strong as both Harley Quinn and Poison Ivy, Carlos Alazraqui as Bane and Cas Anvar as Ra’s Al Ghul.

There’s not much else to go on for now, but between the somewhat weird premise, the cool art design and intriguing voice actor cast, I’m excited to see Batman vs Teenage Mutant Ninja Turtles for myself in several months’ time.

Previous post Michael B. Jordan Reveals Which Superman He Would Play, Amidst Rumors