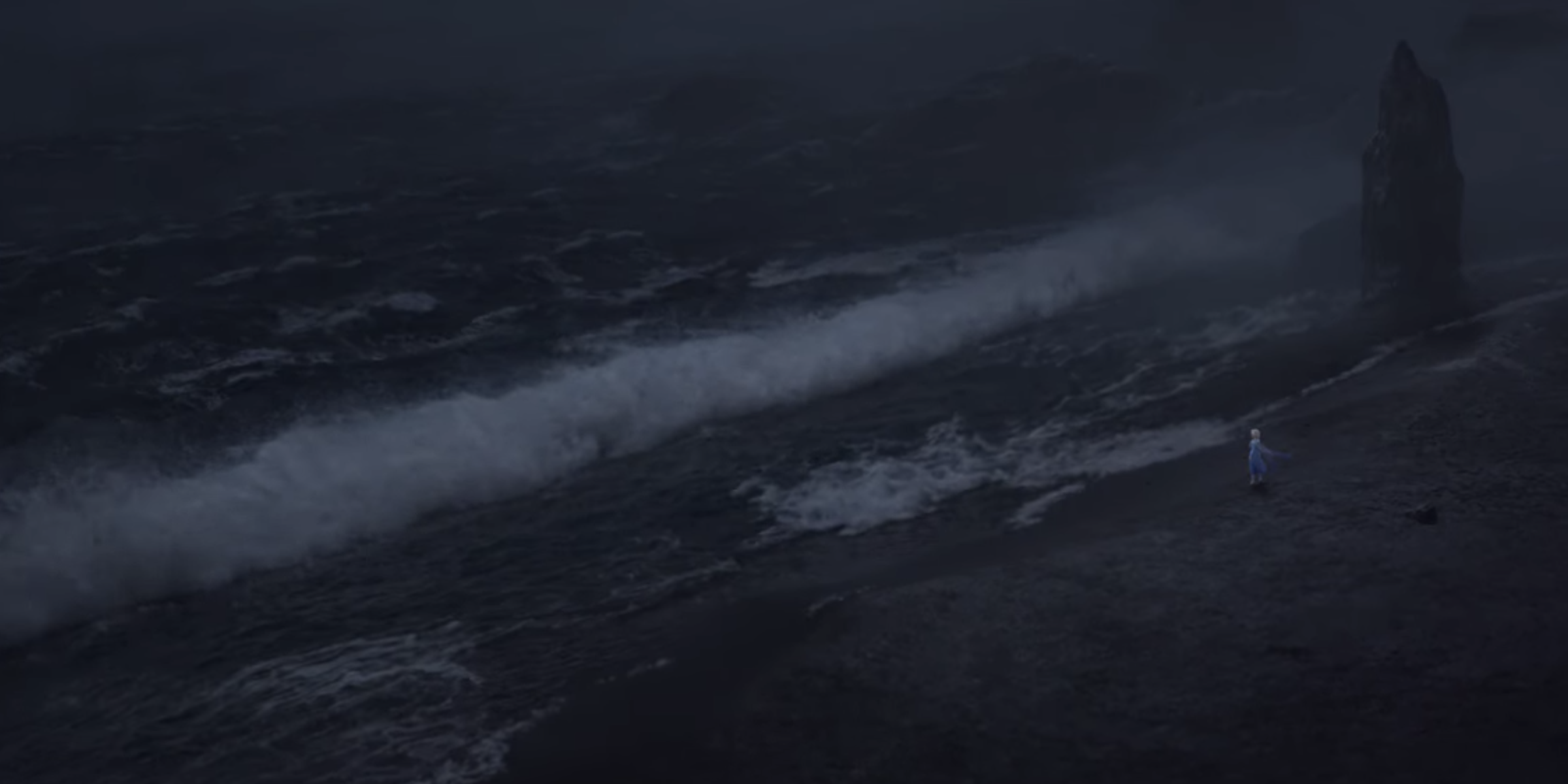 When Frozen came out in 2013, it became an instant sensation. The characters, the songs, the thematic undertones, they all combined to create an experience that drew in fans of all ages. Naturally, a sequel was green-lit, and if this first trailer is any indication then Frozen 2 is going to be an even bigger deal.

While it’s common to expect sequels to look and feel like “more of the same,” this new teaser trailer from Disney for Frozen 2 looks anything but paint-by-numbers. Check it out right here:

From that opening image of Elsa staring out at an ominous, violent ocean, to the decision to include no dialogue or songs from the film’s soundtrack, it’s safe to say that Frozen 2 won’t be playing it safe and offering up a mere retread of what worked last time. There is fear, danger, and uncertainty throughout.

And if an old report of ours remains true, we can’t say we’re surprised about the ambition on display here. The folks behind this film want to push barriers.

The cast for Frozen 2 once again includes the voices of Idina Menzel, Kristen Bell, Jonathan Groff and Josh Gad, and brings back Oscar-winning songwriters Kristen Anderson-Lopez and Robert Lopez.

Disney will let it go into theaters on November 22, just in time for Thanksgiving.

Next post MARVEL: THE DEFENDERS Could Join THE OFFENDERS On Hulu