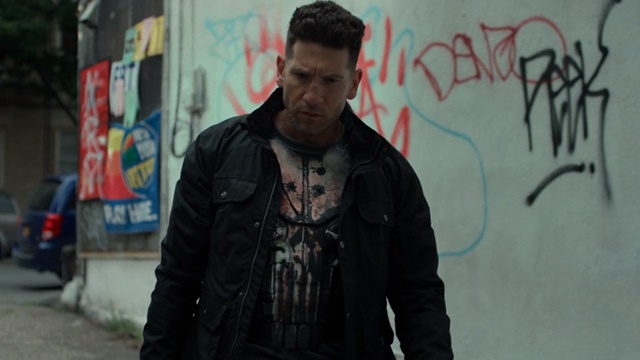 What One Bad Day lacked in meaningful development, Flustercluck more than made up for. It’s an episode packed to the brim with narrative momentum, and it further ratchets the season’s tension.

Billy, fresh off the revelation that Frank was the reason he’d been hospitalized, has further emboldened his actions, engaging in a string of bloody takedowns with his new band of hired guns. He’s also still consumed by the unknown. Why would his best friend so callously betray him? That truth, delivered as coldly as possibly by Madani here, is not one he’s equipped to handle.

Pilgrim, who’d been relegated to the shadows the past few episodes, is back, as well. His portion of Flustercluck is one of the most effective. He’s a man that just wants to get back to his family. The road there is unfortunately marred by stops that dredge up the darker side of his past. He’s a devoted man and a much better one than Anderson Schultz (Corbin Bernsen) deserves. There’s a poignant understanding written in his eyes. He’s doing what he’s told, but it’s going to come at a price.

As for Frank, well, Frank picks up right where he left off at the end of One Bad Day. He’s out to put Billy down before there’s further collateral damage. He’s not as unhinged as when we saw him last, but he’s not pulling any punches, either. There’s some premium Punisher moments in season two’s ninth episode. I won’t spoil anything, but the highlight was as simple as Frank unlocking a cell phone.

Where Flustercluck falters is twofold. For one, Schultz just isn’t compelling, and the notion he’s willing to sanction a hit to cover up something that most certainly will come out at some point is absurd. His relationship with his son David (played by Todd Alan Crain), to put it lightly, is strained; and it lends little for me to believe that David would care one iota about what his bigoted father had to say.

And second, Amy—formerly Rachel—remains nothing more than a nuisance. She’s a petulant, selfish character.

On the bright side, her failings in this episode of The Punisher lead to a fantastic action sequence and her most human scene of the season. Forced to defend herself, we see the weight ensuring her own survival has on her. It’s powerful, and it redeems her absolute dearth of logic.

In a sneaky good scene, which could potentially lead to much more, Madani drops in on psychiatrist Krista Dumont (Floriana Lima). As a viewer, it’s torture knowing how twisted Dumont is and being unable to somehow warn Madani.

I’ve been impressed with how this season of The Punisher has been able to stay compelling on a consistent basis. Even when it stumbles, as it did in One Bad Day, it bounces right back, a rarity for many of the Netflix offerings.