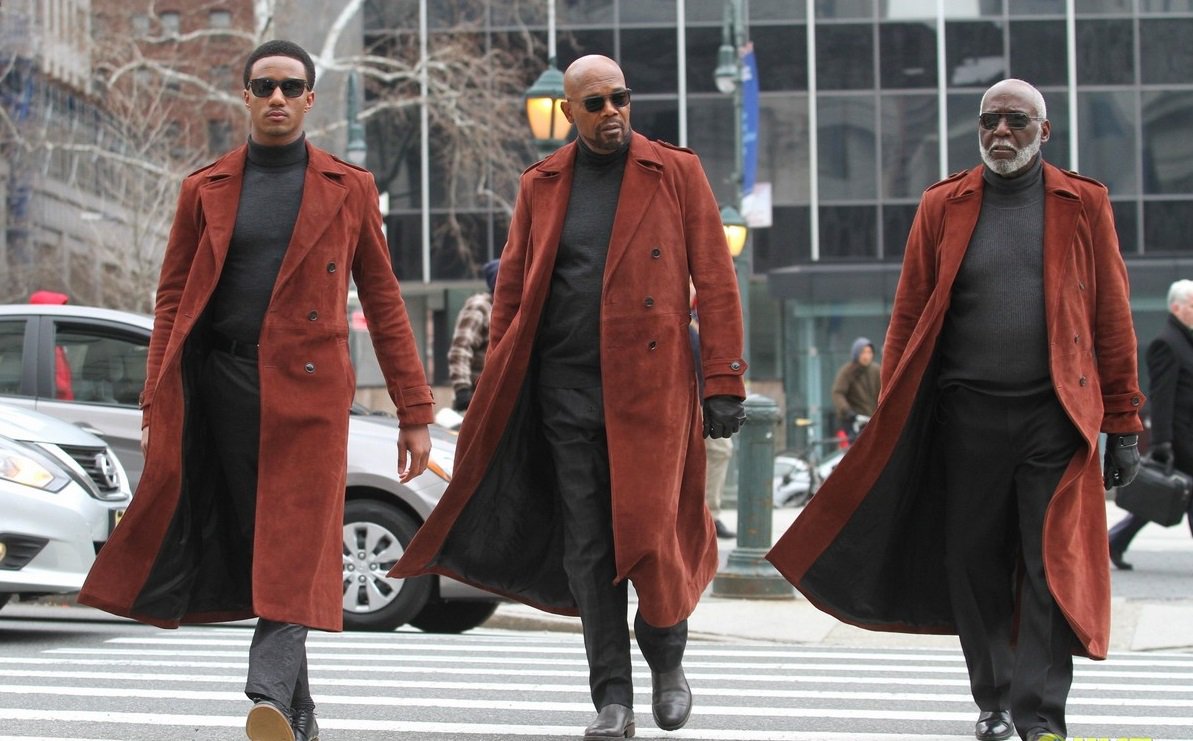 Samuel L. Jackson is having a hell of a reprisal year. He started 2019 off by playing Mr. Glass again, in M. Night Shyamalan’s Glass. We will see him as Nick Fury in Captain Marvel, Spider-Man: Far From Home, and presumably, Avengers: Endgame. But he is reprising another role too, the role of a bad mother – (Shut your mouth!) He’s back as Shaft! You can watch the trailer below. Can you dig it?

This movie brings all 3 generations of Shaft men together. Richard Roundtree played the original Shaft in the 1971 film. A new Shaft film was made in 2000, starring Samuel L. Jackson. Jackson played a different version of Shaft, that was related to Roundtree’s character. Now Jesse Usher is playing the third generation.

The trailer looks like a ton of fun, and each version gets their time to shine. They definitely play with the generational aspect, and the different ways of thinking, which should yield some hilarious results.

If that didn’t sell you, maybe the extraordinary tagline on the poster will.

When I originally heard about this project, it sounded to me like Usher would have been the main focus, but it seems Jackson still is. That is understandable as he is one of the most bankable names in Hollywood. He is front and center on the poster, and had the best moments in the trailer.

To have enough confidence in this to give it a prime time summer blockbuster released date is huge. (Netflix is distributing this internationally, however.) I was already planning on seeing this, but the marketing has sold me even more.

Does Shaft hits theaters June 14th? You daaaaaaaamn right it does.

JJ, aka John Shaft Jr. (Usher), may be a cyber security expert with a degree from MIT, but to uncover the truth behind his best friend’s untimely death, he needs an education only his dad can provide. Absent throughout JJ’s youth, the legendary locked-and-loaded John Shaft (Jackson) agrees to help his progeny navigate Harlem’s heroin-infested underbelly. And while JJ’s own FBI analyst’s badge may clash with his dad’s trademark leather duster, there’s no denying family. Besides, Shaft’s got an agenda of his own, and a score to settle that’s professional and personal.

Previous post AVENGERS: ENDGAME Is Still 3 Hours, And The Russos Sound Fine With That

Next post FIGHTING WITH MY FAMILY: Why Dwayne Johnson Went The Indie Route