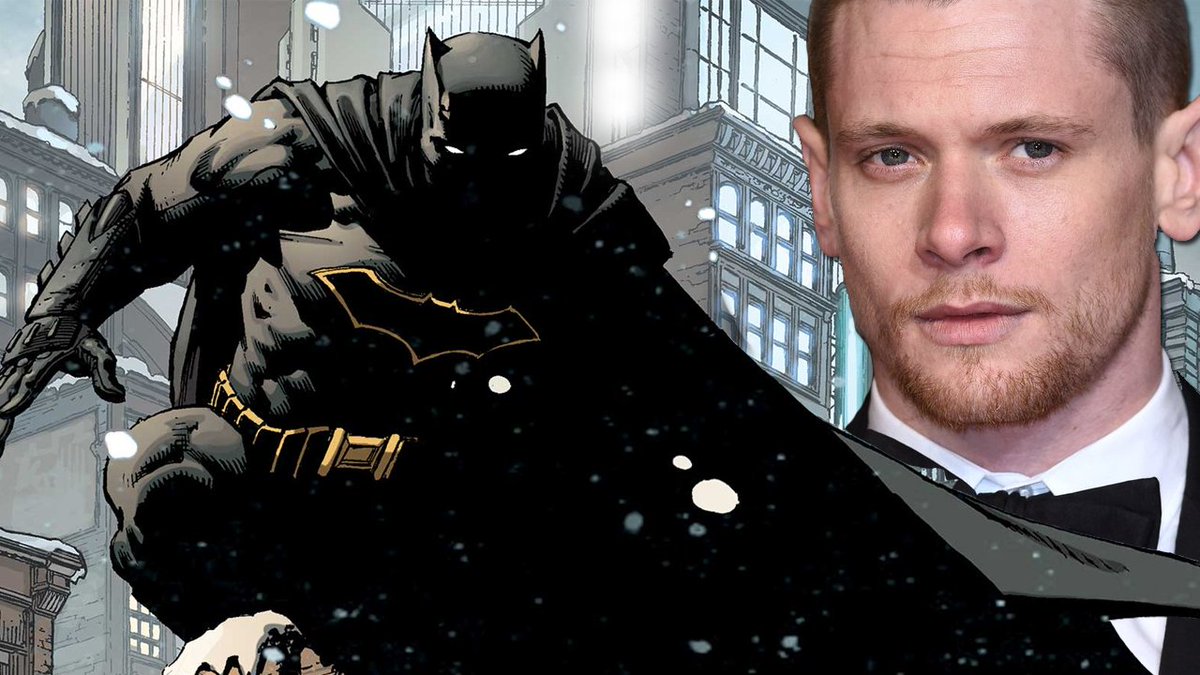 After two years of “Will he, won’t he?” speculation, DCU fans finally received official confirmation that actor Ben Affleck had vacated the role of Batman. We all have our own ideas of who should step into the Cape and Cowl next, but it’s been reported frequently since last summer that The Batman director Matt Reeves is looking for a young actor somewhere between the ages of 25 and 30. Our very own MFR has shared some of the names that he’s heard from his sources that are in the running, most recently on the latest episode of his solo podcast. Most of these names have elicited reactions of confusion and negativity from most fans I’ve come across on the Internet.

For example, I often debate with MFR over whether Reeves might pick a seemingly unorthodox actor for the part like Jack O’Connell or Aaron Taylor-Johnson over a more common fan-pick such as Armie Hammer. I’d like to try and alleviate some of the confusion here if I can, though I recognize that what follows from here on out is my own speculation of where Reeves’ head is at for casting his Dark Knight based on the rumors and details currently available.

For starters, we should consider how Reeves has cast actors for the previous four films he’s made over the past eleven years (Cloverfield, Let Me In, Dawn of the Planet of the Apes and War for the Planet of the Apes). By and large, Reeves has a tendency to select character working actors for his roles rather than more traditional leading stars. Rather than pursue star power, Reeves pursues individuals with acting chops that can more fully embody the vulnerabilities and quirks of the characters seen onscreen. This approach was just as valid for the three biggest actors featured in Reeves’ Apes films to play human roles (Jason Clarke, Gary Oldman and Woody Harrelson) as it was for how Reeves opted to recast the ape character Koba with thespian Toby Kebbell in Dawn and War. I have no doubt that casting approach will continue into how Reeves casts for The Batman.

More important to consider though is Reeves’ vision for The Batman. We’ve heard a lot about his specific take for the film and how he wants to transition the character over into a new genre entirely from where most moviegoing audiences are familiar with seeing Batman in. Rather than focusing on the badass action hero that whooped criminal ass in Batman v. Superman‘s iconic warehouse sequence, Reeves wants to highlight that Bruce Wayne is the World’s Greatest Detective, although he may be early in his career as the Caped Crusader.

Reeves has been repeatedly rumored to look at nominal Batman stories such as Batman: Year One, Batman: Zero Year, Batman: The Long Halloween and Batman: Ego as well as classic film noirs and thrillers such as David Fincher’s Se7en and The Game or Roman Polanski’s Chinatown as influences for The Batman. However there’s more to the genre than just a protagonist wearing a trench coat, a femme fatale and cinematography bathed in dramatic shadows. Consider how all three protagonists of those aforementioned films get the crap beaten out of them physically and psychologically as their cases unfold.

It’s an approach that favors brains over brawn, and one that also makes its central figure more vulnerably relatable.

To that end, I’m reminded of the close calls that Batman has in Year One. Moments such as Bruce’s first night out as Batman or when he narrowly escapes the full force of the GCPD in the apartment ruins are rife with narrative tension. So much of that stems from Frank Miller and David Mazzucchelli presenting us with a scrappier Batman than, say, the iteration seen in Batman: The Animated Series. Obviously Batman’s intelligence and physical power isn’t diminished in the story, nor is the impact his arrival has on Gotham City. Yet we feel a little more nervous than usual for Bruce in Year One due to him being drawn leaner and maybe a touch shorter than normal, even if the book’s own title betrays that this is only the beginning.

Ultimately Matt Reeves has a very specific vision in mind for The Batman. We know that he wants it to be a film noir that highlights the detective side of the character, that he’s set for selecting an actor that likely hasn’t entered their thirties yet and that he’s rumored to be looking at comics and films such as Year One, Ego, Chinatown and Se7en as sources of influence. All of these nuggets of information suggest to me that Reeves wants a scrappier, more vulnerable Batman than Affleck’s iteration.

Chances are that fans will have to wait a few months before our new Batman is announced and an even more significant wait after that before we all get to see him in action. Much like with Michael Keaton, Heath Ledger and even Ben Affleck, I suspect that whoever Reeves chooses for the part will receive a fair bit of backlash. However, should someone like O’Connell or Taylor-Johnson land the gig, I hope that this wordy think piece has helped make some sense of why Reeves will have selected them for the part.

Next post “There Will Be A GUARDIANS OF THE GALAXY VOL. 3,” Says Chris Pratt