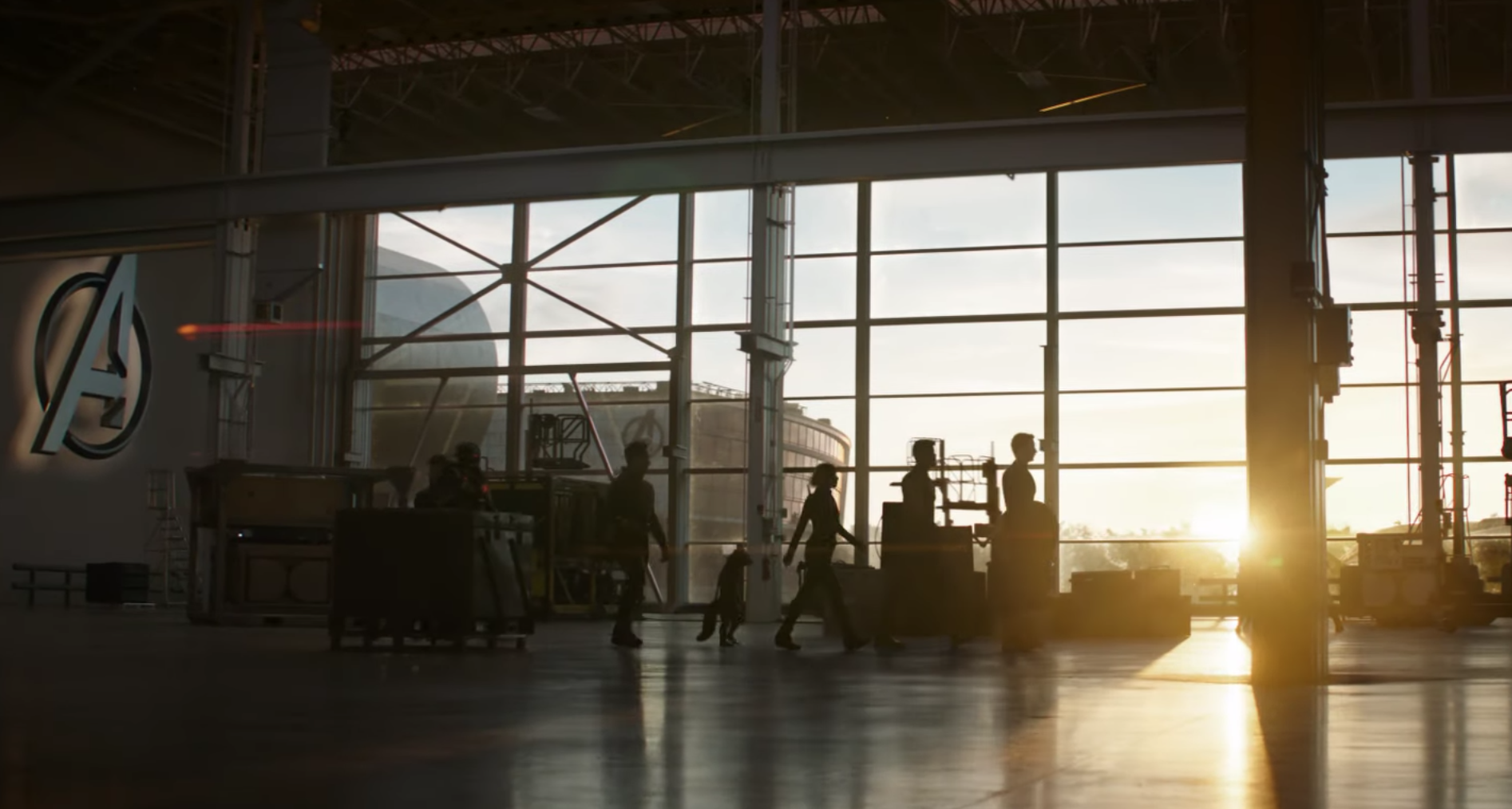 Last night was the Super Bowl and as per the usual, everyone was anticipating what studios would spend millions of dollars for seconds of air time. Marvel was one of those companies, offering new looks at Captain Marvel and Avengers: Endgame, the latter of which you can see below.

The spot is not very long, but we get a few interesting details. It seems some of the group, Steve Rogers at least, is in a support group for the survivors of the snap. The spot takes time to show the bleak and desolate Earth now that it is only half full.

The quick flashes of other characters we get are interesting as well. Tony and Nebula tinkering with things out of desperation. It must be before the message he leaves to Pepper, because we know there is absolutely no way he gets out of that bind….right?? It does make you wonder if Nebula will sacrifice some of her mechanical parts to help Tony survive. If he does survive, I’m sure he will build Nebula new parts.

We see Rocket suited and booted and ready to go…somewhere. Rocket interacting with Cap, Scott, Bruce and the others will be a ton of fun. It is perhaps the levity we need to get through how dark this seems like it is going to be.

After being absent from Infinity War, Marvel is giving us plenty of Clint Barton. The shot in the TV spot does look like he is rocking a bow and arrow again, as he has a quiver on his back. If the promotion for this movie is only supposed to be from the first 15 minutes, then maybe it is a flashback to how how Hawkeye becomes Ronin. He isn’t the only one we see get an old weapon back though, the precious seconds of this trailer are largely spent on Steve Rogers, and we see him strap on his iconic shield once again. It is worth mentioning that he literally straps it on – newer iterations had some sort of Stark tech to call it back to him. Time travel is going to be involved in some way, so perhaps that is why he is going old school.

Cap, Thor, Natasha, Rocket, Scott and Rhodey all seem to be walking toward something at the end of the TV spot. That is all that is left (besides Clint and Bruce) – as far as they know – so it is up to them to fix what Thanos has done by any means necessary. I can’t wait to see how they will pull it off.

Next post Taika Waititi Wants To Make Another MCU Film…Just Not GUARDIANS OF THE GALAXY VOL. 3