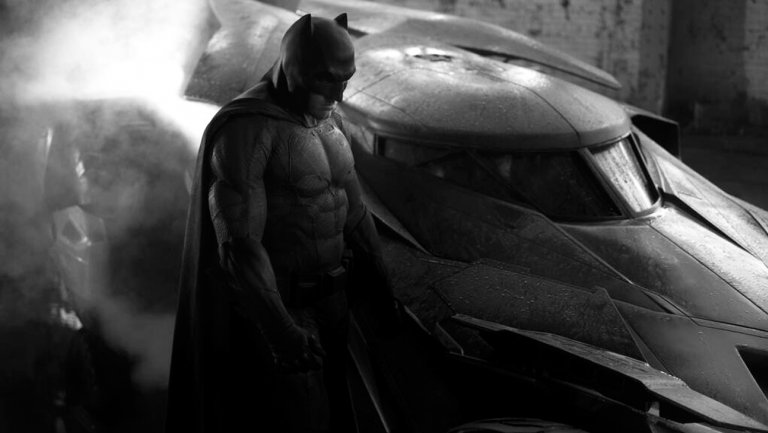 Well, folks, it finally happened. After two years of Will he or Won’t he? and all kinds of rumors about his status as the Dark Knight of Gotham, Ben Affleck made it official at last: He’s no longer Batman.

He put all of the rumors to bed last night with a simple tweet. He retweeted an article from Deadline with the headline “The Batman To Fly In Summer 2021; Ben Affleck Passes The Torch To Next Generation Of Bruce Wayne,” and added this simple caption: “Excited for [The Batman] in Summer 2021 and to see [Matt Reeves’] vision come to life.”

And just like that, it was over. He confirmed he’s passing the torch and the mantle of “Batman to” a new actor.

It’s been quite a ride, and one I’ve documented since the beginning. Literally. I remember writing a story on January 1, 2017 where- after months of reading the mixed signals and documenting the bizarre stop and go behind Affleck’s The Batman, which he was set to write, direct, and star in- I seized on some remarks he’d made in a recent interview to illustrate how he was creating a backdoor he could escape through.

[If you want to read that story, CLICK HERE, but be warned that my former employers’ entire database of older posts got screwed up when they switched between Square Space and WordPress- so the dates, formatting, and author credit are all messed up]

That began two years of extensive reports- which I recently collected into ONE MASSIVE POST to celebrate RTF’s first anniversary on the 15th.

But that’s not to say that there hadn’t been hope he’d change his mind at times. At different points throughout 2018, it seemed like there was a chance he’d don the cowl again. Most recently, last fall, I shared with you that there’d been some momentum behind the idea of having him bookend Reeves’ The Batman with scenes involving his older, grizzled Bruce Wayne while the main story centered on a case he handled when he was much younger.

But alas, that didn’t come to pass. From what I was told, Reeves wasn’t in favor of that idea and neither was the majority of the studio- as they’ve been intent on turning the page and distancing themselves from the perceived misfires that were Batman v Superman and Justice League. So it was always going to be a long shot, but that decision by Reeves was the final nail in Batfleck’s coffin.

I’ve gone on record in the past, stating that Ben Affleck is my favorite cinematic Batman. I may not have loved everything he was asked to do in BvS, and I may have been flabbergasted by the way he slept-walked through the Justice League reshoots, but the overall tone, look, and feel of his Dark Knight was one I’ve dreamt of seeing on the big screen since I was a little boy.

I will miss him in the role and lament what might have been. But that’s all out of my control, and what’s done is done, so it’s time to move on. What we’ve got now is a talented director, brimming with inspiration and vision for things to do with an iconic character, and we actually know when it’s arriving in theaters.

And more than anything, we’ve got closure. I don’t know about you, but that’s one heck of a consolation prize.

I’ll leave you with this extremely rare photo of Affleck as Batman I came into contact with, which I shared last night on twitter, because it needs to be said: Thank you, Ben.

Stay tuned! I’m about to write up another edition of DC Whispers, which will elaborate on other abandoned plans (and one that may not be abandoned, after all…)

Next post WB Announces Release Dates For THE BATMAN, DOCTOR SLEEP, SUICIDE SQUAD, and THE WITCHES