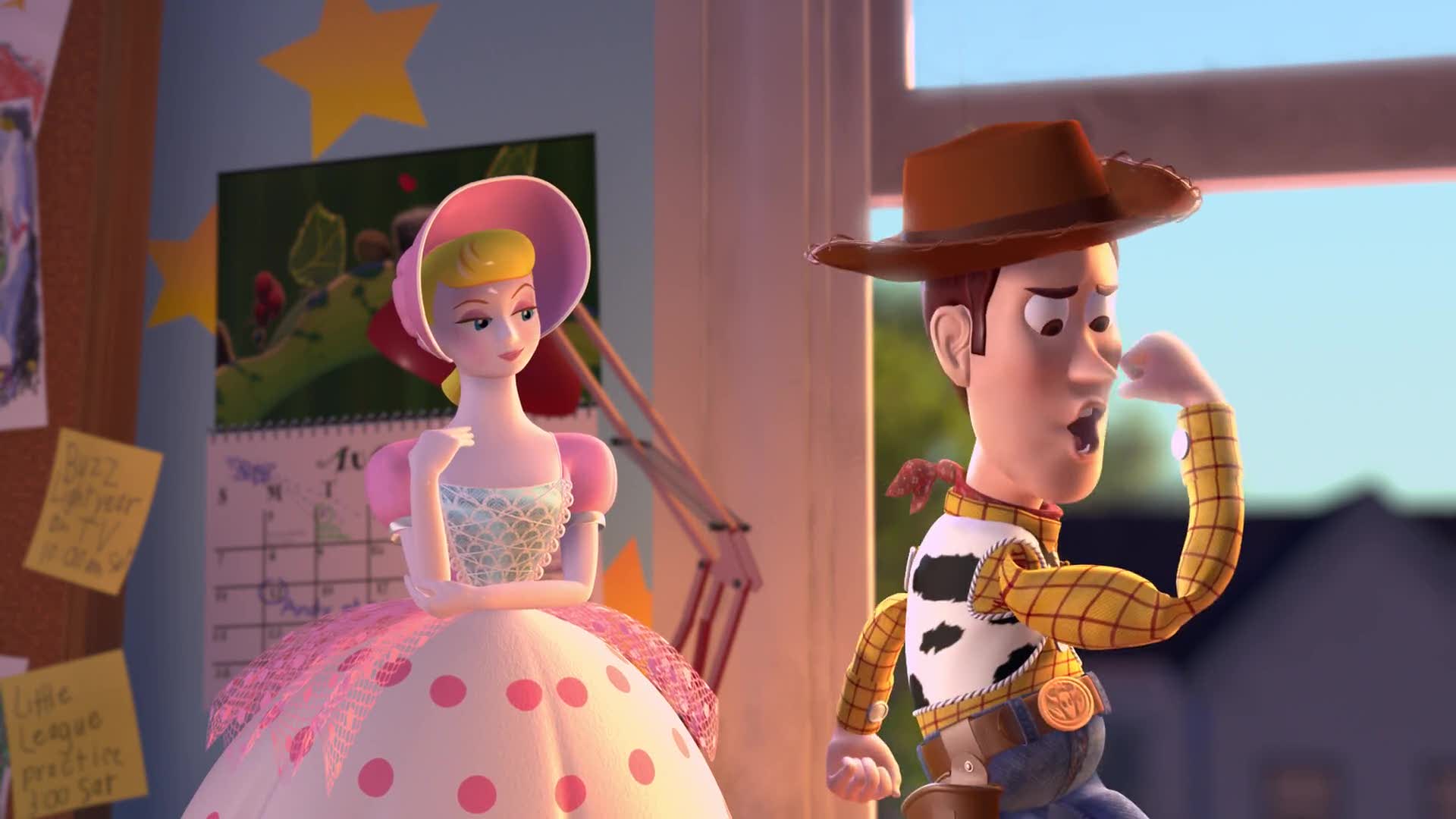 The Toy Story franchise has characters that we’ve been invested in for almost 30 years. Everyone loves Woody and Buzz, but there was another character from the first one that was quite beloved – Bo Peep. Everyone returned for the sequel, but when Toy Story 3 rolled around in 2010, Bo Peep was mysteriously absent. Fret not, she will make her triumphant return in Toy Story 4 with a fresh look!

Here is a promo that Pixar has released teasing her return.

She looks a bit different than people will remember her, and that is on purpose. Here’s what Toy Story 4 director Josh Cooley had to say about her:

“Bo’s taken control of her own destiny. While Woody was watching Andy grow up, Bo gathered dust until she took it upon herself to head out into the world. And when Woody shows up, they can’t believe that they’ve found each other again.”

When they reunite though, things won’t be back to normal. Cooley adds:

“After years of being on her own, Bo’s adventurous spirit and life on the road belie her delicate porcelain exterior. As Woody and Bo realize they’re worlds apart when it comes to life as a toy, they soon come to find that’s the least of their worries.”

That seems to be the what will drive the film. Annie Potts, who reprises the role of Bo Peep, likes the fresh take on the character.

“She is modern, independent, capable and confident. Bo is written and conceived to be inspiring as she has weathered life’s ups and downs with grace. I aspire to that.”

Buzz and Jesse have a bit of a thing, perhaps Woody and Bo Peep will live happily after. We’ll just have to wait and find out. To make that wait easier, Disney and Pixar also released a new poster.

Woody (voice of Tom Hanks) has always been confident about his place in the world, and that his priority is taking care of his kid, whether that’s Andy or Bonnie. So when Bonnie’s beloved new craft-project-turned-toy, Forky (voice of Tony Hale), declares himself as “trash” and not a toy, Woody takes it upon himself to show Forky why he should embrace being a toy. But when Bonnie takes the whole gang on her family’s road trip excursion, Woody ends up on an unexpected detour that includes a reunion with his long-lost friend Bo Peep (voice of Annie Potts). After years of being on her own, Bo’s adventurous spirit and life on the road belie her delicate porcelain exterior. As Woody and Bo realize they’re worlds apart when it comes to life as a toy, they soon come to find that’s the least of their worries.