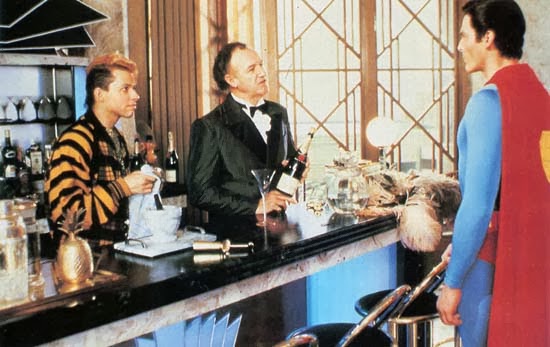 At the end of last year, it was announced that Jon Cryer would take up the iconic role of Lex Luthor in the Arrowverse. More specifically, in the show Supergirl. After some not-so-traditional takes on the character, people were curious how this version would look and feel. Now, DCComics.com has treated us to the first look of character as you can see below.

I’m already convinced. The character has been mentioned in the show before, but never seen. We’ve seen plenty of the Luthor family though, his mother and sister have recurring, and regular roles in Supergirl respectively.

You can expect to see Cryer as Lex in the 15th episode entitled “O Brother, Where Art Thou” on March 17th. DCComics.com also has a quick synopsis to give you a taste of what he’s up to.

Lex Luthor reaches out from prison to enlist Lena (Katie McGrath) into one of his plans and will stop at nothing to get her on board, even if that means leveraging the life of one of her friends.

Cryer should inject some new life into the show, especially this late into the season. It is exciting that Lex is now officially part of the Arrowverse. I would be absolutely shocked if he doesn’t have a role in Crisis On Infinite Earths next season, or even makes his way over to Earth-1 to torment The Flash or Batwoman eventually.

The show will miss a huge opportunity if they do not get Tyler Hoechlin to return to face off against Lex. There is so much potential for this character in the Arrowverse. We’ve already seen an episode of Supergirl in which Lex’s mother Lillian uses his “Lexosuit”, so a battle with Superman and Supergirl is possible.

They will start slow. He will be a guest star for whatever episodes he appears in this season. But you don’t get someone like Cryer, without long term plans. We’ll keep you updated on his status on Supergirl and the Arrowverse at large. If you haven’t jumped on this bandwagon yet, I suggest you do. The Arrowverse is the best corner of the DC Universe available right now.

Supergirl airs Sundays at 8/7c only on The CW.