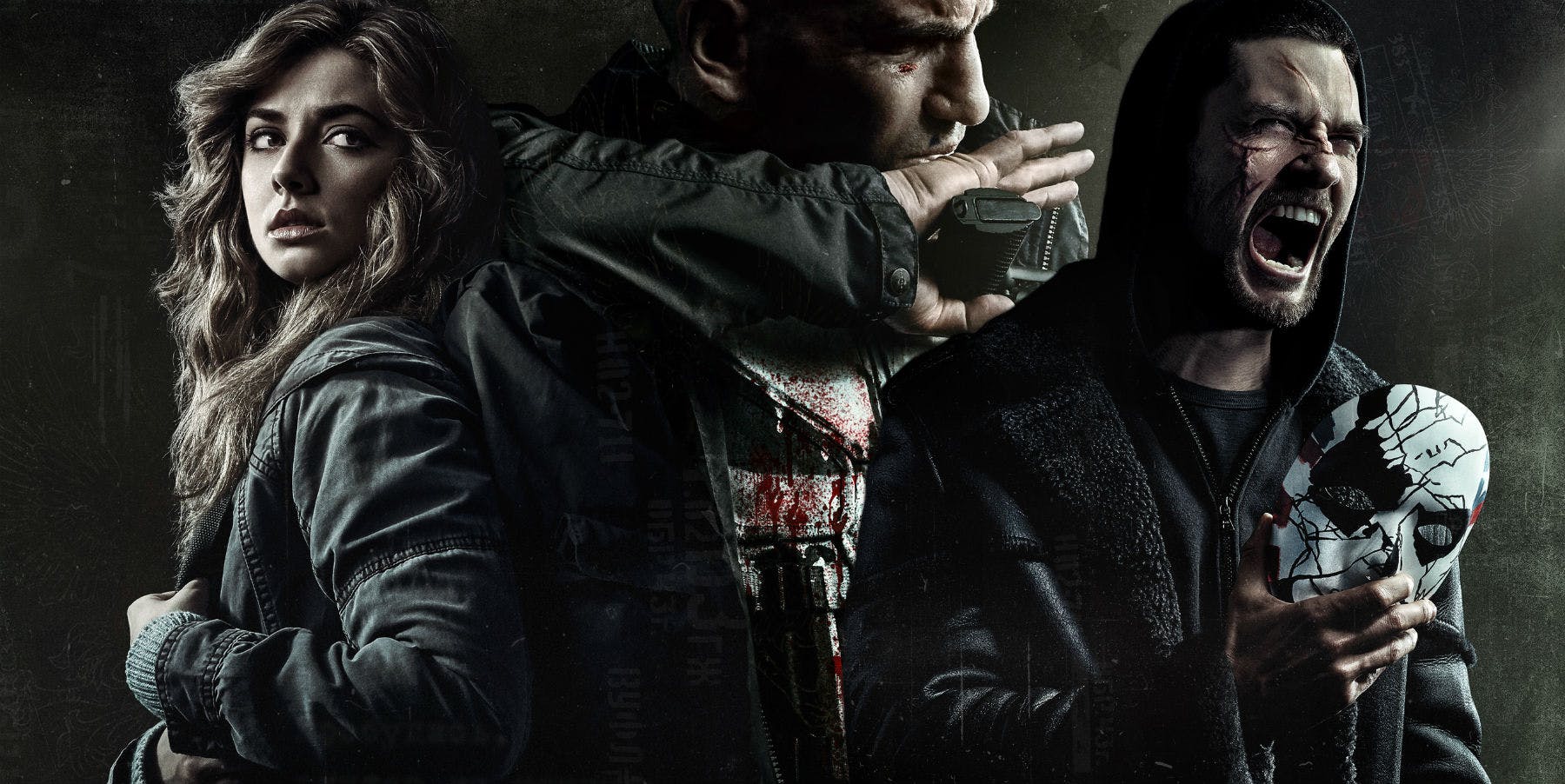 Following an explosive end to its premiere episode, The Punisher uses the second for more expository purposes. So, yes, its pace is more deliberate, but that’s not such a bad thing.

As Roadhouse Blues wrapped, blood had been shed, and not just a little. Frank, after flirting with a more conventional life, had been lured back to his more primitive self when he’d discovered a girl—Rachel, played by Giorgia Whigham—was in need of some help.

A magnificently shot collection of fists, knives, blood, and bullets commenced. In their wake, Frank and Rachel went on the run. That is the key arc of Fight or Flight, yet it is also the least compelling. Their relationship here is tenuous at best, and without firm trust in one another, much of their interactions are pointless, with Frank brooding his way through them.

The first episode made it a point to establish that she was running from something and someone. What that something is, we can’t yet be certain. But the someone, the man following her—John Pilgrim, played by Josh Stewart of The Collector and The Dark Knight Rises fame—is one bad hombre, an intriguing one, as well. There is enough mystery behind his subtle and menacing performance that we yearn to know more.

One thing is clear: That through line is going to be a slow burn. One can only hope that it’s able to deliver on the promise being built.

Elsewhere, special agent Madani returns. She, like Frank, is haunted by her past. Daily, she visits the hospital to check in on Billy Russo, who now wears a mask, symbolizing his fractured nature. To be honest, the mask is corny and a bit too on the nose, but the palpable distress and anger that Ben Barnes brings to the broken Billy sells it.

Madani is skeptical that Billy’s afflictions—severe lapses in memory—are truly as bad as he claims. As the audience, we are too. There’s so much rage in him that it’s too difficult to fathom that he’d be unaware of the cruel fate that befell him.

Frank, on the other hand, is truly unaware. Aside from a very brief and uncooperative call with Madani, that reality is a world away from him. Only a fool would bet it remains so by season’s end.

Frank is on a collision course with multiple adversaries. But hey, that’s just the way the Punisher likes it. And in the case of Pilgrim, Frank and Rachel’s path to him became more visible with their untimely arrest by episode’s end.

Overall, there are enough jigsaw pieces set in place by Fight or Flight to entice us to continue building the puzzle.