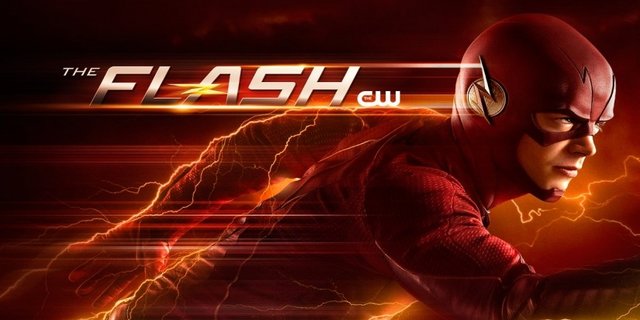 Tales From the DC MulTVerse is back, with volume #12.  This column isn’t as jam packed, as we only have one show, so let’s get right to it!

“While Nora grapples with the revelation that Thawne killed her grandmother, Team Flash must stop the formidable team-up of a newly sprung from jail Weather Witch and Silver Ghost, a new meta-tech villain who can control engines and motorized technology. Meanwhile, Caitlin and Cisco discuss creating a meta-human cure.” (The CW)

Coming off of “Elseworlds”, any episode was going to be a little bit of a let down from me.  However, the best part of this episode, were the scenes between Nora and Eobard Thawne.  When Nora confronts him about killing her grandmother, Eobard admits to it and relays his origin story.   In terms of his specific time in the future, but his past, when he’s describing what led him to become the Reverse Flash, he’s quoting story beats and panels, from Mark Waid’s run on the book.  The specific story that comes to mind is; “The Once and Future Flash.” If you haven’t read Mark Waid’s run, do so, it’s great. I was a little shocked and surprised at how contrite Eobard was! He seemed to want to make amends for his previous evils! I legitimately believed what I was seeing at first, before realizing he is using Nora, to hopefully help him avoid his execution,  Time is literally running out for Eobard.  I think Nora will ultimately fall for it, getting him released and then it’ll be back to his evil status quo.  If that happens, I am 100% okay with it because Reverse Flash is not only the best villain of The Flash, he’s also one of my top two Arrowverse villains.  Tom Cavanaugh with this episode, once again proves he is the best actor on this series.  The fact that he made me believe that Eobard was remorseful, despite the fact that I know better, is a testament to his skill.  Then, with a look in his eye, his duplicitous intent, reaffirms itself.  Wonderful stuff.

The other aspect of this episode I really enjoyed was Cisco’s discovery that Cicada’s  dagger had anti–dark matter properties within it and if he and Caitlin could synthesize the properties, from the shards they have, they could create a cure for meta human powers.  When Cisco brings his findings to Caitlin, the two butt heads.  Cisco thinks they should cure people with Meta-human powers.  Partly because he believes they had a hand in creating them, against their will, but also because he is frustrated by what Cicada did to him.  He also questions whether he can live a normal life, get married and have kids with his abilities.  Caitlin on the other hand, believes people should have a choice about whether to keep their powers or not. Her stance, stems from coming to terms with the Killer Frost persona, thinking of her as an essential part of her being.  The two settle on creating a cure, but ultimately giving people a choice whether to use it.  Sure, we’ve seen this plot in X-Men: The Last Stand but honestly, I enjoyed it much more here.  Also, even though it seems like the two friends and co-workers came to an understanding, this issue will likely resurface and become a focus in the back half of the season.  Whenever this sort of thing is brought up, I always find it intriguing, who wants the cure and who doesn’t and why.

I didn’t like the portions of this episode of The Flash, which focused on  Weather Witch, her trial, her breakout, or, her team up with Silver Ghost.  I hate that once again, Weather Witch is wasted as a throw away, with no confrontation or resolution, to the issues with her father.  What’s the point of having a legacy rogue, if you have no intention of truly dealing with that? She then becomes a throw away character like this Silver Ghost.  I found Weather Witch’s back and forth about wanting to do the right thing, to turning bad again, to ultimately being talked into doing the right thing by Nora, incredibly cliché and forced.  Speaking of Silver Ghost, who died and left her with the responsibility of rebuilding a younger, ‘better” Rogues team? Pretty presumptuous for a no name, who just arrived on the scene in Central City.  Also, her ability to control engines and motorized technology, the whole Fast & the Furious/Knight Rider vibe they were going for, made me want to turn this off and revisit those franchises.

Next week, Tales of the MulTVerse will be back with a full lineup, including, The Flash, Supergirl, Arrow and Black Lightning.  For the shows I don’t cover here, such as GOTHAM, Young Justice and others, check out Tales From the DC Multiverse: The Podcast!https://talesfromthedcmultiverse.podbean.com/e/tales-from-the-dc-multiverse-the-podcast-71-gotham-premiere/

Next post SUPERGIRL: Here Is Your First Look At Jon Cryer As Lex Luthor