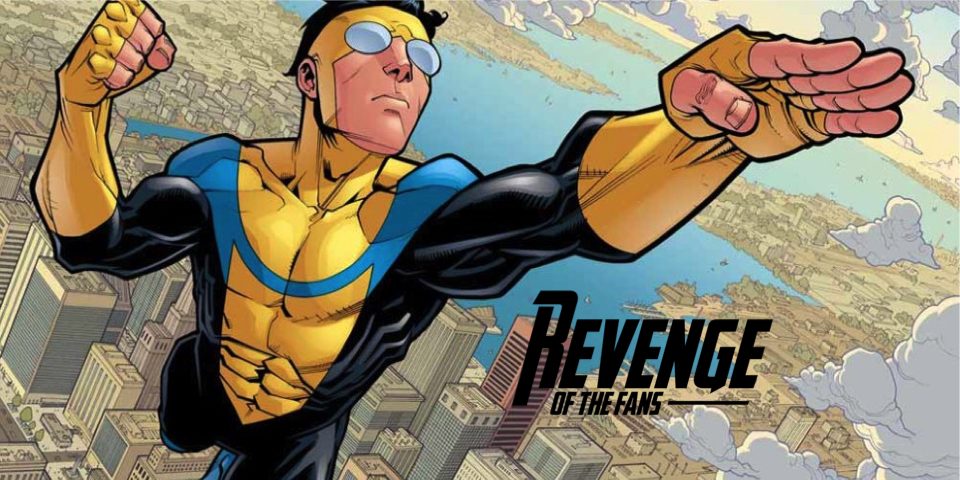 This scoop has now been confirmed by The Hollywood Reporter, along with additional names that had were either just added in the last week, or were kept off of the internal cast list for the sake of secrecy. Those names include Michelle Oh, Mark Hamill, Walter Goggins and J.K. Simmons!

A funny thing happened this afternoon. A source of mine dropped me a line, asking if I was interested in any intel regarding Robert Kirkman’s upcoming Amazon animated series Invincible– based on the comic he co-created by the same name. Despite not knowing much about the property, I said “Yes.” And then, after a false alarm created by a change in the show’s production company, I found out the cast for the show.

And now I’m really glad I said “Yes” to my source’s offer.

It looks like Kirkman, coming off the success of AMC’s The Walking Dead, had absolutely no problem securing some really exciting talent for Invincible– including a couple of familiar faces from everyone’s favorite zombie apocalypse.

Of note, Steven Yeun and Khary Payton will lend their voices to the animated series in undisclosed roles. Yeun famously played Glenn Rhee through 81 episodes and six seasons of The Walking Dead (before meeting a gruesome end at the beginning of Season 7). And Payton has played King Ezekiel since 2016.

But the noteworthy cast members don’t stop there.

Other names that drew my attention on the cast list include Deadpool 2 and Atlanta star Zazie Beetz, as well as Clancy Brown, Zachary Quinto, Jason Mantzoukas, Gillian Jacobs, Andrew Rannells, and Chris Diamantopoulos.

That is a phenomenally talented and experienced cast.

What do you think of this cast? Discuss below.

And remember where you heard this cast list from when it eventually gets confirmed.

(Have I mentioned we’re on Patreon and could really use any support we can get to keep bringing you independent reporting on the projects you love most?)

Next post RTF Review: Tales From the DC MulTVerse #12