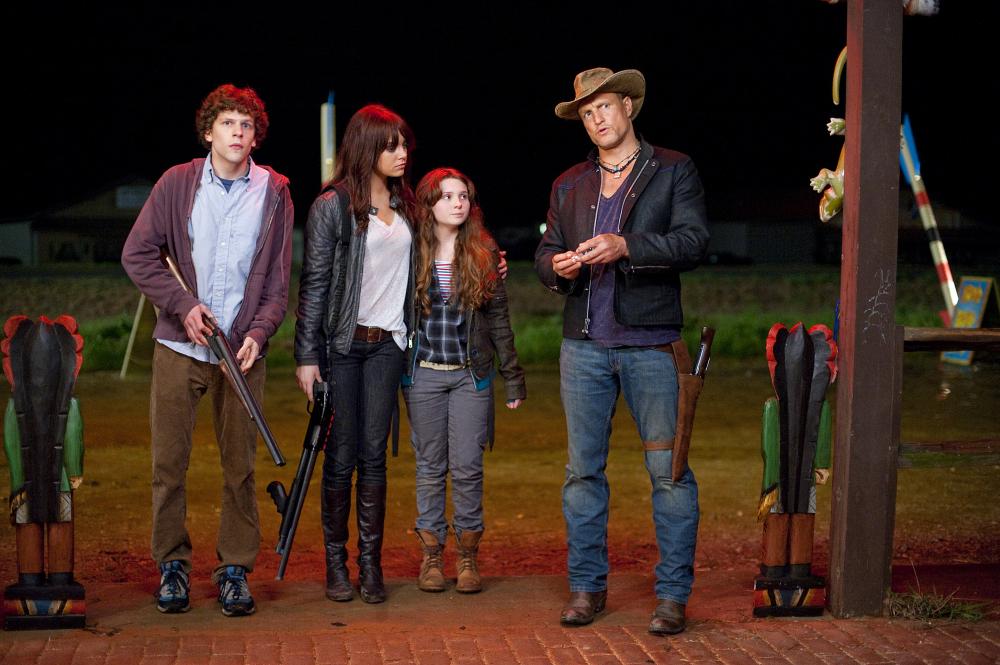 It’s been a decade since Zombieland hit theaters and there’s been talk of a sequel for awhile now. There was even an incredulous rumor last year that director Reuben Fleischer and company had somehow managed to film Zombieland 2 in secret without anyone learning about it! More realistic details on the upcoming sequel’s production schedule hit the Internet several months ago as 2018 started winding down after that rumor came and went. Now new details on the film’s story are out!

Potential Spoilers can be read below!

SuperBroMovies reports that the sequel will see the band of zombie slayers from the original film settling in luxury at a (presumably) now vacated White House. The group splits up following an argument between Jesse Eisenberg’s Columbus and Emma Stone’s Wichita, while Abigail Breslin’s Little Rock runs off with newcomer Avan Jogia’s Berkeley. Naturally this leads the group to try and rescue Little Rock.

The site adds that Zombieland 2 will introduce at least three new types of zombies- the Homers (dumb zombies), the Hawkings (smart zombies) and the Ninjas (deadly zombies). And joining Woody Harrelson’s Tallahassee in the zombie killing mayhem is another new female character gifted in zombie-hunting known as Nevada. Likewise Bill Murray is reportedly set to make another cameo in the sequel, this time with his Ghostbusters co-star Dan Aykroyd.

What do you think of these new details? Are you excited to see the Zombieland sequel? Be sure to share your thoughts with us in the comments section below!