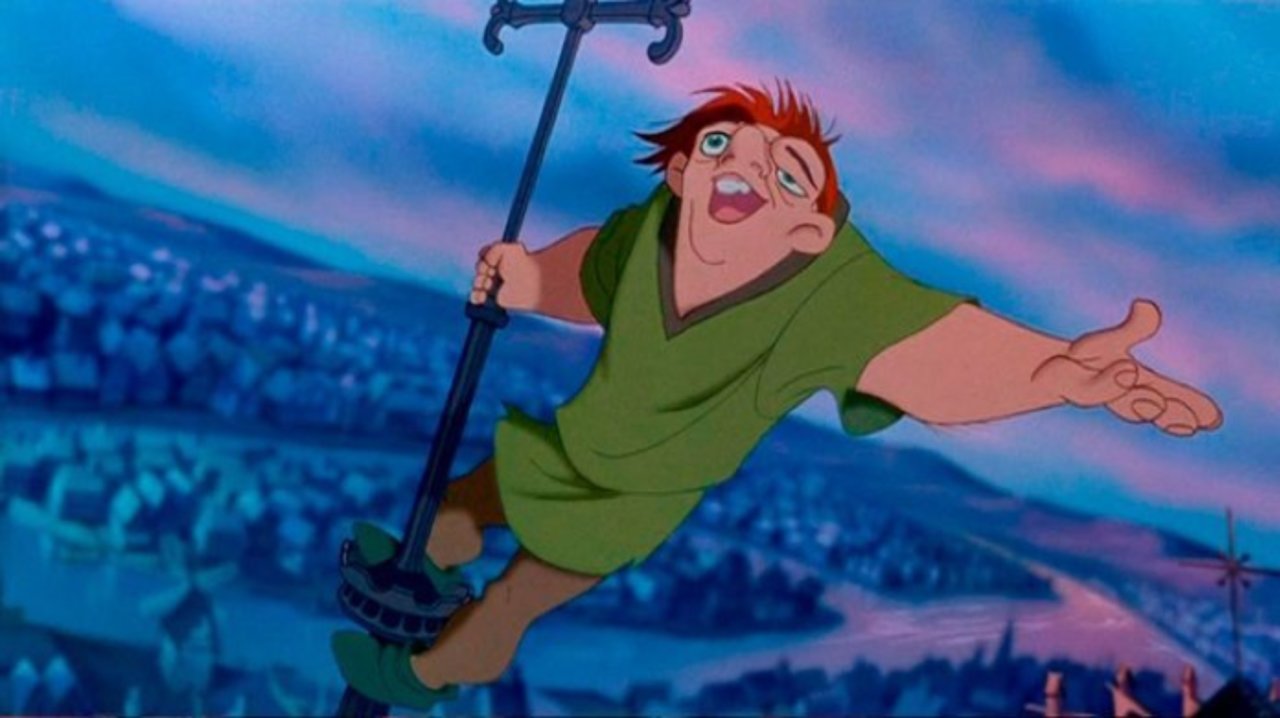 Here is a riddle, to guess if you can, sing the bells of Notre Dame: What was the first film I ever saw in a movie theater? If you picked up on the lyrical reference, the article headline or the iconic shot of Quasimodo belting out one of his high notes while swinging around a cathedral spire, you’ve correctly guessed that it was none other than Disney’s 1996 adaptation of Hunchback of Notre Dame. But more on that story later…

Deadline reports that Walt Disney Pictures has enlisted M. Butterfly playwright David Henry Hwang to pen a live action remake of Hunchback. As with the original animated film, the soundtrack will be written by composer Alan Menken and lyricist Stephen Schwartz. The film will also be produced by Mandeville and actor Josh Gad. The site adds that Gad may be cast as the titular hunchback Quasimodo, but cautions that no casting for the film is solid at this point in time. Additionally, though the film will draw from the 1996 animated feature and the original Victor Hugo novel, Deadline says the new film won’t draw from the stage production that Menken and Schwartz also made.

This is rather personal news to me. I still remember seeing the original Hunchback of Notre Dame in theaters at the tender age of three years old with my dad. At the time, I obviously didn’t pick up on the film’s adult content, but the darker, operatic tone struck a chord immediately. It’s been about twenty-two and a half years since I was in that theater watching Judge Claude Frollo sing at a fireplace and the memory remains seared in my mind. The film isn’t perfect, nor is it my favorite from Disney, but I will always adore the visuals and especially the music of Hunchback. I’m stunned that this remake is even happening at all.

How do you feel about this? Are you excited? Who would you want to see cast for Quasimodo or the other main roles in the film? Be sure to join the discussion with us down below!

Next post Original Cast Members React To The New GHOSTBUSTERS Movie, And There’s Already A Teaser!