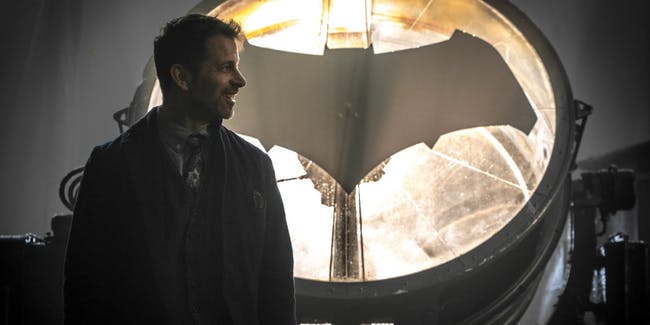 There’s been a lot of guessing and second-guessing going on for years, as folks have tried to figure out exactly what went on behind the scenes at DC Entertainment throughout all of its shakeups since 2016. Many assumptions have been made, narratives created, and blanks filled by fans and reporters eager to unravel the mystery of how things got so tumultuous.

But now, thanks to an industry insider named Neil Daly- who’s actually gone on the record with some fascinating insights- we’ve got a little more clarity on the situation. He’s an independent freelance market research analyst who oversees test screenings and is integral to reporting results to the studios as they prepare the final cuts of their films.

In terms of DC, Daly’s knowledge begins with Justice League, continued into Aquaman, and he’s now part of the market research for Shazam! So he’s very close to the situation.

Daly recently appeared on the Fire and Water Podcast, where he divulged a bunch of information.

For starters, he claims Snyder wasn’t on board with rushing straight into Justice League. Daly says that the director, coming out of Man of Steel, thought there should be some solo films before diving into Justice League, but that it was the studio that wanted to accelerate things.

So, presumably, the other heroes would’ve been introduced in Batman v Superman, gotten solo films afterward, then we’d get a Justice League film.

This falls in line with what Mark Hughes wrote about back in 2017, where he pointed out that Warner Bros. was the one with its foot on the gas pedal.

Snyder wouldn’t have directed all of them, as he had a six film plan, according to Daly. So others would’ve handled solo films that fleshed things out around his core plan, while he worked on completing the main arc of the DCEU, which the insider says was intended to be Man of Steel, Batman v Superman, Justice League, Man of Steel 2, Justice League 2, and Justice League 3.

That’s slightly different than the five film arc we’ve all heard about in the past.

He also revealed that audiences were not particularly enamored by Batman or Superman during tests for Justice League.

Here’s how they audiences ranked them during the testing process for Justice League:

And, apparently, the solo film that test audiences wanted most coming out of Justice League was The Flash.

Fascinating stuff. And if you’re interested in more insights shared by Daly, check out what he had to say about Aquaman by CLICKING HERE.

What do you think of Daly’s claims? Does any of this surprise you? Discuss below.

CONTINUE READING: “Zack Snyder Confirms His Vision For The DCU Wasn’t Intended To Go On Forever, And More“