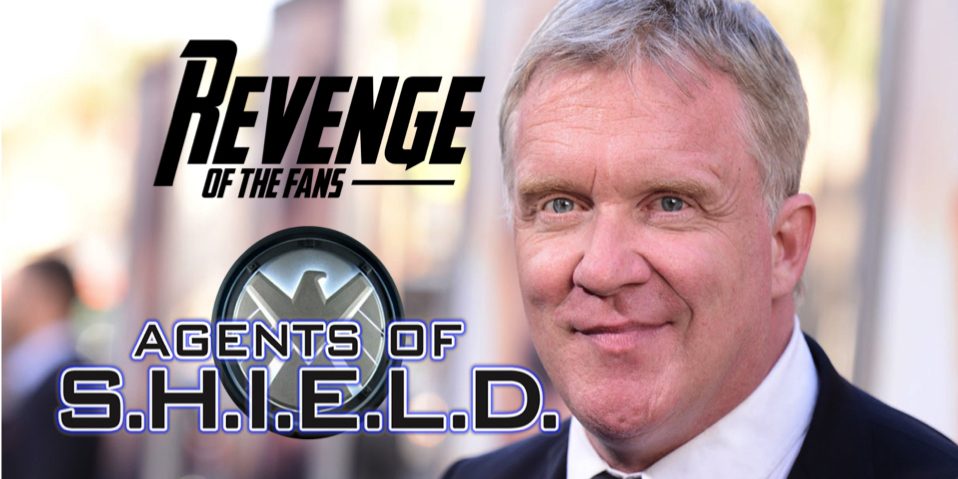 Marvel’s Agents of S.H.I.E.L.D. has had an interesting run. It began with a bang, since launched under the guise of it being the television companion to the Marvel Cinematic Universe. At its center was Clark Gregg’s Agent Coulson, and the general idea was “This is a show that will tell the stories of the heroic humans who do their part to save the world while the superheroes tear things up on the big screen.”

That was in 2013, and since then we’ve gotten five seasons and 110 episodes of Agents of S.H.I.E.L.D. in a journey that has seen its ups and downs, and guess what? It’s still standing.

This July we’ll get a 13 episode sixth season, which is down from the usual 22, and it looks like the folks running the show want to make this Baker’s Dozen of S.H.I.E.L.D. episodes as intriguing as possible.

We’ve gotten exclusive access to a list of guest stars who have been enlisted for this upcoming season of Marvel’s Agents of S.H.I.E.L.D. and one name in particular jumped out at us: Anthony Michael Hall.

The prolific actor has a career that dates all the way back to 1979. And while he’s perhaps best known for his work in 80s classics like Vacation, Sixteen Candles, The Breakfast Club, and Weird Science, the man has simply never stopped. In recent years, he’s worked opposite the likes of Brad Pitt (War Machine) and Ben Affleck (Live By Night), and has appeared on shows like Riverdale, Psych, and Murder In The First.

He even dabbled in the comic book realm when he played reporter Mike Engel in Christopher Nolan’s Batman epic, The Dark Knight.

And now he’s jumping into the world of Marvel, as he’s been lined up for a guest appearance on the upcoming season of Agents of S.H.I.E.L.D. in an undisclosed role. And while we may not know for sure how big or how small the role will be, you’d have to think that with a familiar name like his, he’ll get something substantial to do.

Aside from Anthony Michael Hall, there are also a couple of unannounced returning guest stars.

Before I mention them, I should put my cards on the table and admit that I don’t watch the show. Never have. So I don’t know if these returning guest stars are a big deal story-wise, but I figured fans of the series may like knowing about some familiar faces that are set to return:

So these are some of the guest appearances you can expect when Marvel’s Agents of S.H.I.E.L.D. returns this July. What do you think? Any theories on who Anthony Michael Hall might play or how these returning characters will be used? Let me know in the comments below!