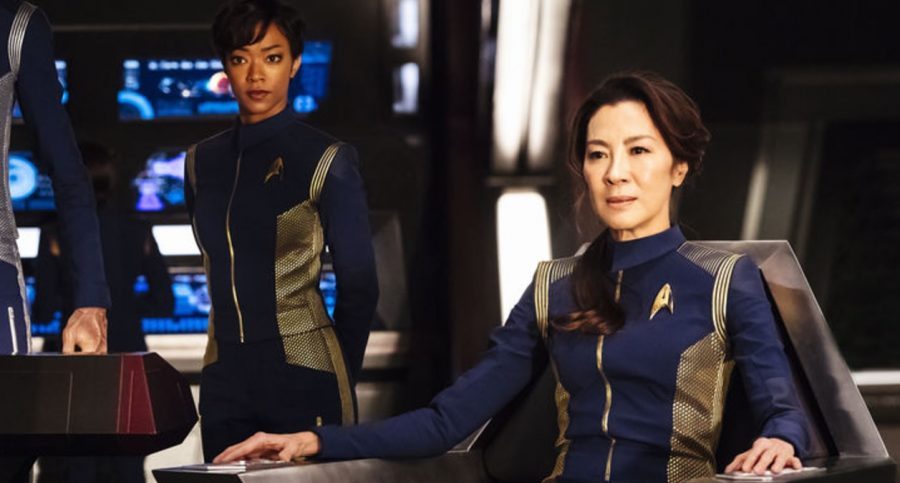 It seems like every network or studio either has, or is planning to start, their own streaming service. Last year we got CBS All Access and DC Universe, and this year we will see the start of Disney+ and a WarnerMedia streamer. All of the services, including Hulu, Amazon Prime and Netflix, have really been making a name for themselves with their original programming.

Each outlet needs their flagship shows; so, when CBS All Access started it up they pulled out their trump card and went forward with the new Star Trek series Star Trek: Discovery. I haven’t had a chance to watch it myself, but, from what I’ve heard, Trek fans are quite pleased with it. CBS is so pleased with it that not only are they gearing up to release season two, but they’ve officially ordered a spinoff starring fan favorite Michael Yeoh!

Deadline describes the spinoff as a continuation of Yeoh’s adventures in Starfleet’s 31 division, something that was established Season 2 of Discovery.

“Michelle has shattered ceilings, broken boundaries, and astonished us with her grace and gravitas for decades. As a human, I adore her. As an actor, I revere her. Erika [Lippoldt] and [Bo Yeon Kim] are remarkable, exciting writers who bring a fresh perspective to the world of Star Trek, and we’re all thrilled to explore the next wild chapter in the life of Captain Philippa Georgiou.”

Here’s Yeoh on her enthusiasm for the project and Star Trek in general:

“I’m so excited to continue telling these rich ‘Star Trek’ stories. Being a part of this Universe and this character specifically has been such a joy for me to play. I can’t wait to see where it all goes – certainly I believe it will go ‘where no WOMAN has ever gone before!'”

Are you excited to see Yeoh headline her own Star Trek series? With the feature film franchise in a bit of a stall right now, are you happy that Trek is back on TV where it started? Do you think the series in general works better in this episodic medium? Let us know in the comments below.

Next post RTF Original: ‘Aquaman Has Hit A Billion. What’s Next?’