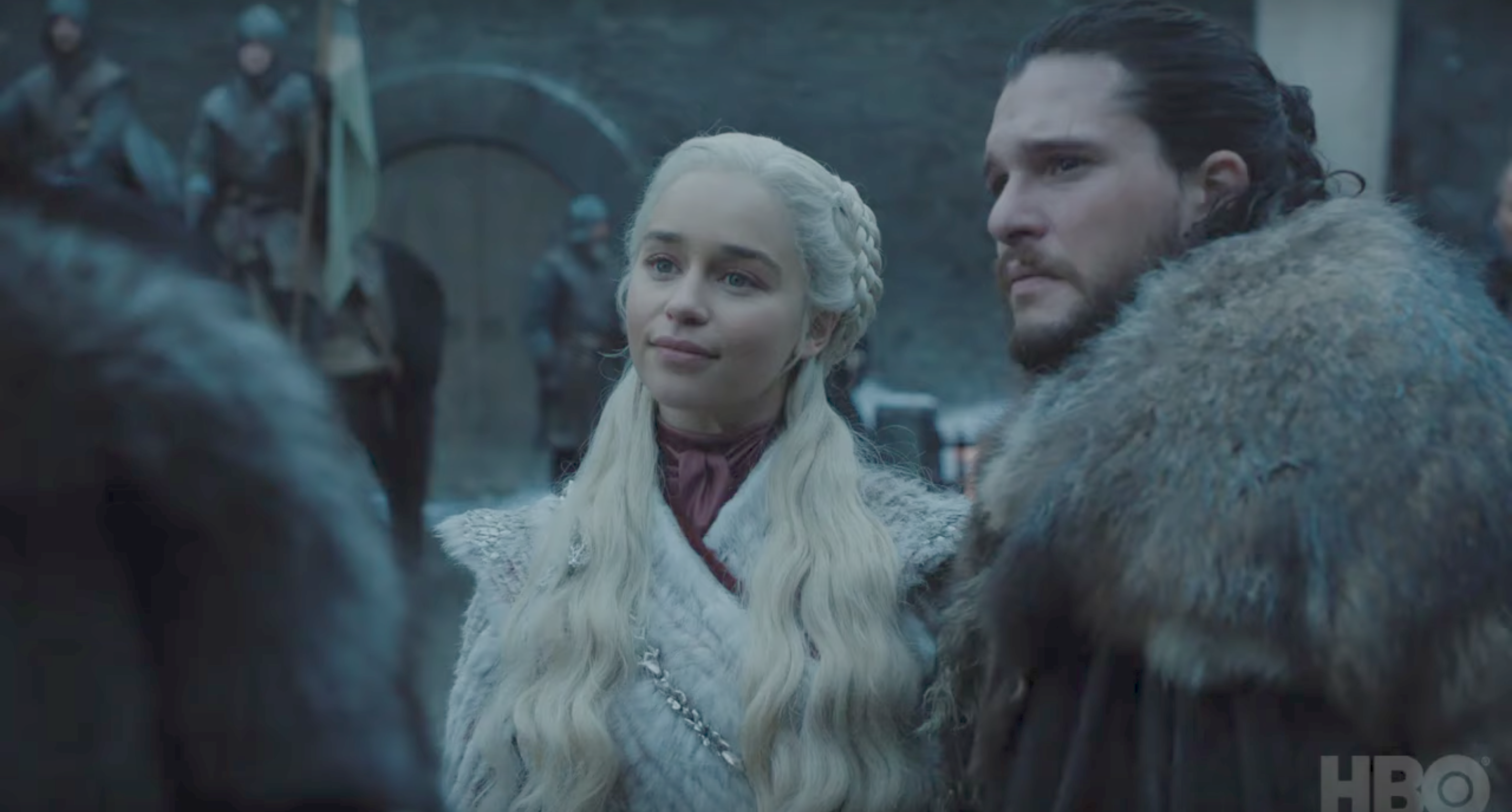 Winter is coming before your taxes are due, but just barely. It was announced yesterday during the premiere of True Detective that the final six-episode season of Game Of Thrones would premiere April 14th. You can watch the new trailer that accompanied the date below.

With the hashtag #ForTheThrone, HBO is leaning into the end, sort how Logan did with #OneLastTime.

Apparently this was filmed exclusively as a tease, and is not footage from the actual episodes.

The tease was directed by David Nutter, who won an Emmy® in 2015 for the season five finale (“Mother’s Mercy”).

The tease includes an original score by Ramin Djawadi, who won an Emmy® in 2018 for the season seven finale (“The Dragon and the Wolf”).

Ultra-secretive shows are known to do this. They need to put something out there but don’t want to give away anything, so they film something exclusively as a preview.

I do not watch this show. It is one the few blemishes on my geek resume. I will remedy that eventually. But it isn’t hard to see the significance this has on Pop Culture. There are a few shows that transcend the medium of TV and become something truly special. Game Of Thrones is an event, like the M*A*S*H finale, or LOST it will be the piece of pop culture that defines the decade.

As a Doctor Who fan, I know what it is like to have a long wait in between seasons. So if this is your first time, take my advice: Enjoy every second of footage they give you. When you finally sit down to watch it, do it properly. Don’t have it on in the background when you cook. Don’t be on your phone during it. Put that thing in the other room, and watch it like you are in a movie theater. Unless you are one of those people who text during a movie, then go get some professional help.

You and your CPA are excited for this. So pay your taxes and get ready for the last season of Game Of Thrones you will ever see.

The 8th and final season of Game Of Thrones premieres Sunday, April 14th at 9PM ET/PT exclusively on HBO.

Next post RUMOR: GAMBIT (And Other X-MEN Films) Are ‘Officially Dead’