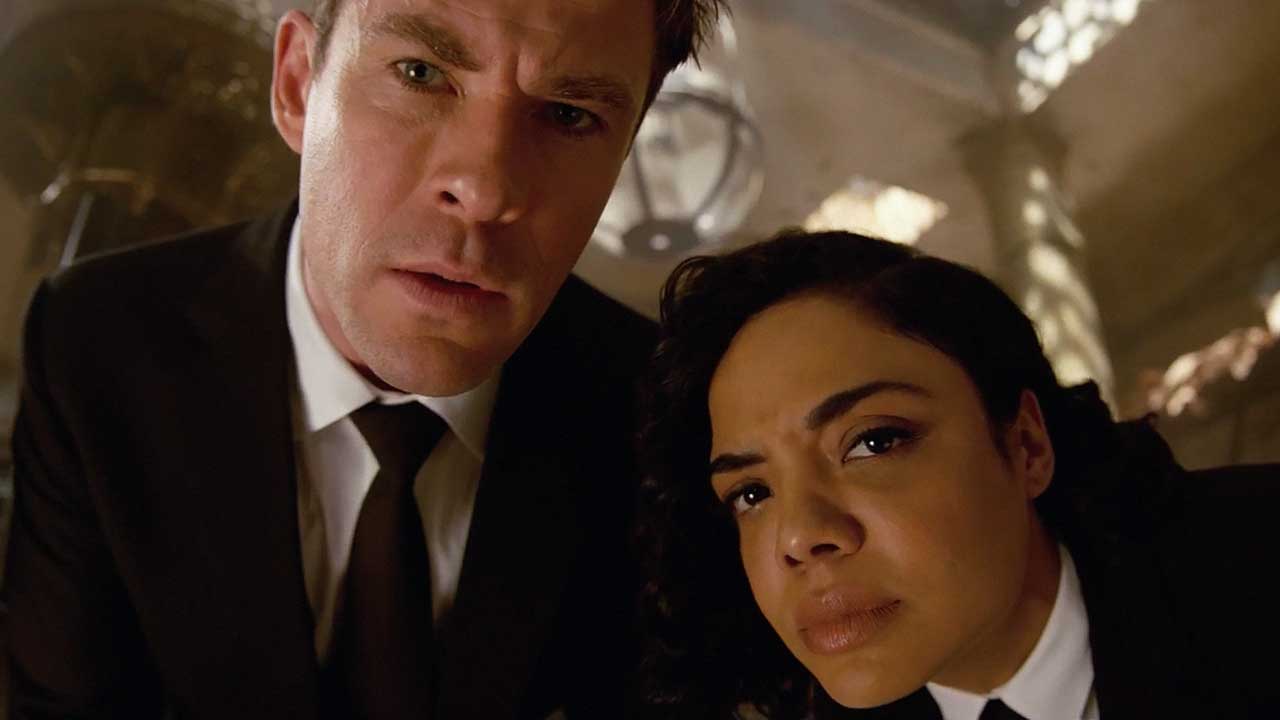 Late last month, longtime MIB fans finally got their first trailer for the upcoming reboot Men In Black: International. The new film will see Thor: Ragnarok duo Chris Hemsworth and Tessa Thompson reunite as the film’s new leading duo of agents. Additionally other big names such as Liam Neeson, Rebecca Ferguson and Kumail Nanjiani will be appear in the film as well. Naturally we know who our heroes are for the film- but who will be the bad guy? While the exact identity of the film’s villain remains a mystery, audiences now have a new clue.

A new article from EW reveals that the new duo Agents M and H are the hunt for a potential mole inside the organization. Here’s what Thompson said about it:

“I think the biggest difference [in this story] is that this time the enemy is within. MiB has been compromised from inside, which leads them on a globe-trotting adventure to discover the true nature of the threat.”

Reportedly, Emma Thompson’s Agent O sends Agent M to London to team up with H to seek out any potential compromises within MIB. The situation worsens when an alien emissary is assassinated on H’s watch, forcing the duo to seek out the killer.

I really hope I’m wrong, but the easy guess is that Liam Neeson is the mole. That’s not to say that Neeson wouldn’t do a good job as the villain, as he’s absolutely great at playing the villain in other films. But as I said before, Neeson’s the easy guess. Hopefully there’s a more inspired reveal here than that.

Also of note is what Thompson had to say about Men In Black: International not shying away from some of the social commentary that made the first one such a hit with fans:

“I mean, the start of the first movie talks about immigration, and Will [Smith] has these really searing jokes about race…. I think you do have the chance inside of all this escapism to say something, and make a movie that has heart and that has satire and that holds up a mirror to our stuff. I think that’s possible, without preaching.”

What do you think? Be sure to join the conversation with us in the comments section down below!

Previous post MORBIUS Should Be Done Filming By May, But Then People Have To Watch It