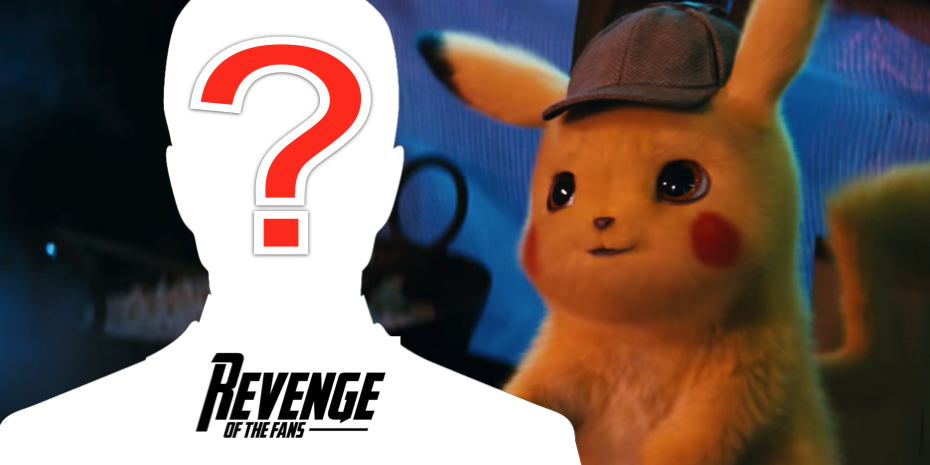 When the first trailer dropped for POKÉMON Detective Pikachu it took many by surprise. Very few fans had any idea what to expect from the film, but what they saw in the trailer was something that was refreshingly layered, engaging, and that evoked other classic live-action/animation hybrids like Robert Zemeckis’ Who Framed Roger Rabbit?

Also of note was the fact that Pikachu sounded like Deadpool!

It’s a silly thing to say, of course, but with Ryan Reynolds voicing Pikachu, no one was really sure how he’d approach the role. Would he play it straight? Would he alter his voice at all? Yet the Detective Pikachu trailer made it crystal clear that they wanted Reynolds to do what he does best: Crack wise and poke some fun at the inherently outlandish setting for the film.

And, as it turns out, that’s not the only Deadpool element we’ll get a taste of in POKÉMON Detective Pikachu.

I’ve come into some intel about the project that should be extra cool for fans of Deadpool II (or even the repackaged Once Upon A Deadpool).

If you’ll recall, actor Rob Delaney made quite a splash earlier this year when the marketing for Deadpool 2 introduced his character “Peter W.” The idea of some Average Joe trying out to join Wade’s X-Force simply because “he saw the ad,” and then him being accepted into the group despite not having any special abilities was a hit with fans. So much so that an twitter account for the fictional character has over 130K followers.

Aside from Deadpool 2, Delaney is perhaps best known for his work on shows like Key and Peele and Amazon’s Catastrophe. But it looks like he’ll be able to add POKÉMON Detective Pikachu to his resumé…

According to a well-connected source, Delaney is on the official cast list- and has been there since the project was still operating under the code name “Gumshoe.” The reason it’s interesting that he’s been on the list for so long is that he’s one of the only names not yet revealed. If you look up Detective Pikachu anywhere, you will not see his name pop up even once.

This level of secrecy implies, to me at least, they’ve got something cool for him to do.

Maybe he’s voicing a surprising Pokémon? After all, with Reynolds bringing some particularly distinct personality to his Pikachu, the film may have tapped Delaney- who’s known for comedy- to do something fun with another iconic pocket monster?

Regardless, he’s on the official cast list, and it’ll be fun trying to figure out why it’s so hush-hush, and who he’s playing.

What’s your excitement level currently at for POKÉMON Detective Pikachu? Have any guesses who Delaney could be playing (or voicing)?

Let me know in the comments below!

Previous post BIRDS OF PREY (And The Fantabulous Emancipation of One Harley Quinn) Is Kicking Off Production!

Next post GAME OF THRONES: The Final Season Gets A Premiere Date And A Teaser!