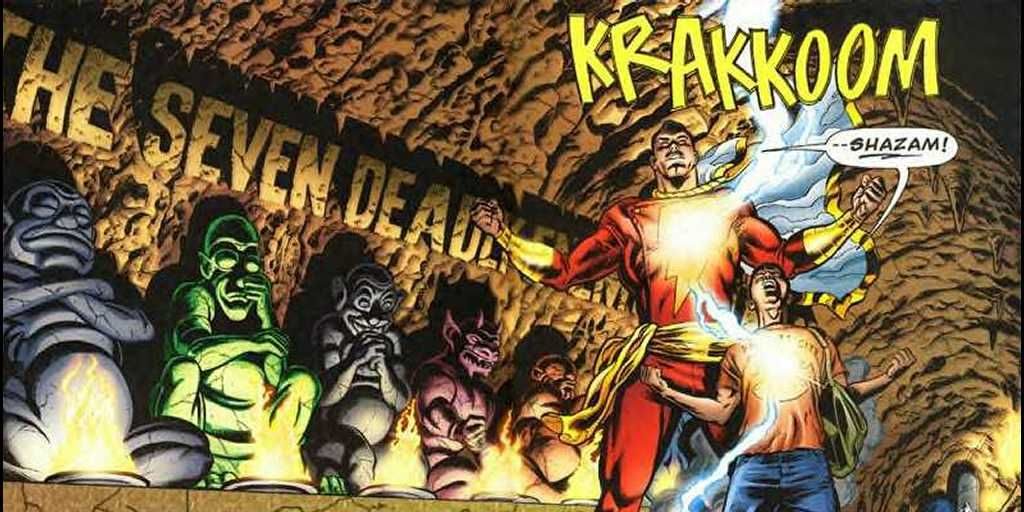 Now that Aquaman has been out for a few weeks and continues to reign at the box office, eyes are starting to shift over to the next DCU film: David F. Sandberg’s upcoming Shazam!. Seeing as how it’s been awhile since San Diego Comic Con 2018 and the film hits theaters in just a few months, anticipation is growing for the next trailer. While fans continue to wait for said-trailer, more news about the film has hit the Internet!

SuperBroMovies now confirms some older reported by Omega Underground that the long time Shazam villains known as the Seven Deadly Sins (also known as the Seven Deadly Enemies of Man) are set to appear in Sandberg’s upcoming film. In fact, these villains debuted alongside the hero (originally named “Captain Marvel”) and the film’s main villain Dr. Thaddeus Sivana in Whiz Comics #2. As the group’s name would suggest, these demons each represent one of the Seven Deadly Sins of Christian teachings: Pride, Envy, Greed, Wrath, Lust, Sloth and Gluttony. The site adds that the film’s version of the seven demons will resemble their New 52 counterparts, from the New 52 Shazam! run written by Geoff Johns.

Admittedly I don’t have much familiarity with the lore of Shazam myself, but I have heard about these particular villains in the past. That said, I think it’s unlikely that the Seven Deadly Sins will have much in the way of serious characterization or depth in the film. After all, Shazam! seems to rather clearly be an origin story film for the superhero and Mark Strong plays the main villain Dr. Sivana. With a bit of luck, perhaps these seven demons will survive and be set up for a return appearance in a possible sequel?

Regardless, between Sivana and the Seven Deadly Sins, it’s pretty cool to see them going back to how it all started for Shazam! for his first-ever film.