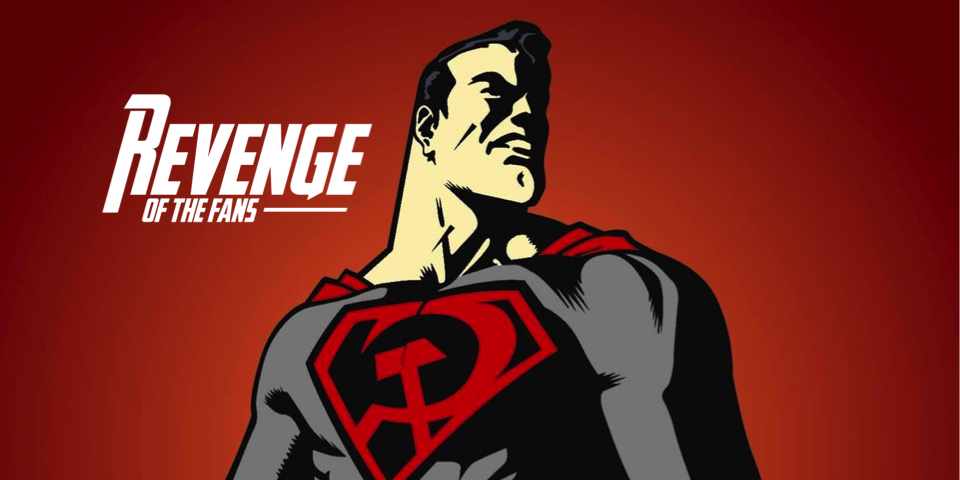 [UPDATE: 10 Minutes After We Published This, Actor Diedrich Bader Confirmed It On Twitter. Retweeting With The Caption “Excited be a part of this!” He Subsequently Took It Down, Likely At The Request of The Studio]

When it comes to Elseworld tales, few are as iconic as Mark Millar’s Red Son. Since it’s arrival in 2003, it’s become a shining example of what stories set outside of the official continuity can be by taking a beloved character and putting a unique twist on their mythology. In this case, the character that was put through this unique prism was Superman.

The Elseworld books always attempted to put our favorite characters into unique settings that would make you have to rethink your preconceived notions about them. But few are as provocative as Red Son.

In short, Millar created a dissection of the concept of Nature vs Nurture, by asking the question: What if Kal-El’s ship had landed in the Soviet Union, instead of Kansas?

“Imagine a reality where the world’s most powerful super-being does not grow up in Smallville, Kansas – or even America, for that matter…

SUPERMAN: RED SON is a vivid tale of Cold War paranoia, that reveals how the ship carrying the infant who would later be known as Superman lands in the midst of the 1950s Soviet Union.  Raised on a collective, the infant grows up and becomes a symbol to the Soviet people, and the world changes drastically from what we know – bringing Superman into conflict with Batman, Lex Luthor and many others.”

It’s a fascinating story, and one that’s inspired many other creators out there. Remnants of it were mined by Greg Berlanti and his team for the Arrowverse’s Crisis on Earth-X crossover event. And it’s pretty clear to see that Zack Snyder took some cues from it for his own Elseworld section in Batman v Superman: Dawn of Justice, known commonly as The Knightmare Sequence.

I remember chatting with Millar, one-on-one on my show The Fanboy Podcast (Episode #43) in December of 2017. The man’s got some interesting ideas about Superman, but I think it’s safe to say that Red Son is perhaps his crowning achievement when it comes to making you look at the character differently.

That’s why I’m thrilled to share with you, exclusively, that an animated Superman: Red Son movie is on its way.

And just like last week, when I gave you cast lists for Batman: Hush and Batman: The Long Halloween– the latter of which no one knew was coming until I broke the story- I’ve got the cast of Red Son for you. And I’m going to give it to you right now since The Hollywood Reporter beat me to revealing Kevin Conroy’s return in Justice League vs The Fatal Five– which I was all set to report this week.

They won’t get this one!

Here’s the cast list (as well as some previous DC voice credits for those that have some), and I’ll share some thoughts on who I think key people are voicing:

The main question, obviously, is which of these actors will be voicing Superman. I think the safest bet from this list is Travis Willingham, since he’s voiced the character so many times, but I also think it’d be interesting if it were Diedrich Bader or Roger Craig Smith. Why? Because Bader is a pretty big star, arguably the most famous of the entire cast, and while he’s best known for his Batman…they’ve got Craig Smith there- who can handle Batsy since he just did it. But Craig Smith has also voiced Steve Rogers, aka Captain America, a ton for Marvel, which means he could probably also do a good Supes.

Isaacs is a big “get” for this, too. I’d say he’s either Luthor or Brainiac, based on his previous experience.

We’ll see who ends up where. There’ll be plenty of time to get that information, since Red Son hasn’t even been announced yet. Similar to Long Halloween, I’m thinking it’ll be revealed at this year’s SDCC and released in 2020.

When this inevitably gets confirmed, remember where you heard it first (since the trades probably won’t acknowledge it): Revenge of The Fans.

Next post RTF Review: Tales From the DC MulTVerse #11