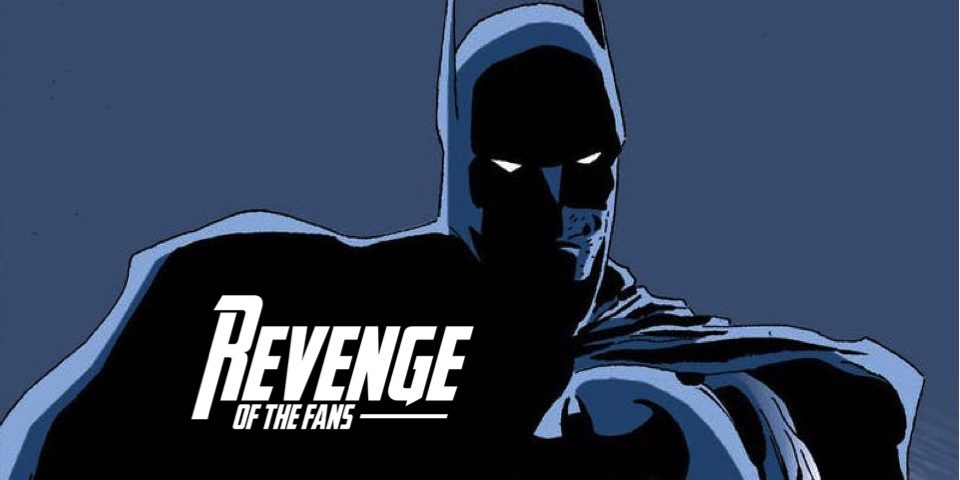 When it comes to Batman, there’s no shortage of great, iconic stories in his catalogue. With a history that spans nearly eight decades (which you can read more about HERE), everyone surely has their favorite book about Gotham’s Dark Knight. Mine happens to be Batman: The Long Halloween.

That’s why a discovery I made yesterday while doing some digging for you led me to tweet, simply, this:

Well, a bunch of you wanted to know what that was all about, and so I’m glad to now share with you that I was freaking out over the fact that DC Entertainment is working on an animated film based on Batman: The Long Halloween. It’s a two-parter. And I’ve got a good chunk of the cast!

Let’s unpack that for a second.

In the eyes of many, Batman: The Long Halloween is the Holy Grail. A massively important touchstone for the Bat mythology, and one that inspired a ton of what we now love and accept as fact about the modern Batman. Similar to Frank Miller’s The Dark Knight Returns, it’s a book that’s been mined by all kinds of creators since it was originally published between 1996 and 1997.

Written by Jeph Loeb, with artwork by Tim Sale, Batman: The Long Halloween is in the DNA of Christopher Nolan’s Dark Knight Trilogy, and it set up many of the conventions we’ve come to expect from a good Bat story.

“Christmas. St. Patrick’s Day. Easter. As the calendar’s days stack up, so do the bodies littered in the streets of Gotham City. A murderer is loose, killing only on holidays. The only man that can stop this fiend? The Dark Knight. In a mystery taking place during Batman’s early days of crime fighting, Batman: The Long Halloween is one of the greatest Dark Knight stories ever told.

Working with District Attorney Harvey Dent and Lieutenant James Gordon, Batman races against the calendar as he tries to discover who Holiday is before he claims his next victim each month. A mystery that has the reader continually guessing the identity of the killer, this story also ties into the events that transform Harvey Dent into Batman’s deadly enemy, Two-Face.“

Now that I’ve given you some background on the book itself and its impact, let’s talk about what I’ve heard about the upcoming movie adaptation.

First, it should be noted that this one will not take place in the mini universe they seem to be building over at DC right now. So while my scoop earlier this week about the voice cast for Batman: Hush revealed it would take place in the same world as The Death of Superman, Reign of The Superman, and others, The Long Halloween will be similar to Jay Oliva’s The Dark Knight Returns and Sam Liu’s The Killing Joke– standalone adaptations of iconic Batman stories.

How do I know this? Because I’ve laid eyes on a good chunk of the cast they’ve lined up for The Long Halloween, and there are no holdovers from Hush or those other films.

Now, as longtime readers know, my source for these voice casting stories isn’t permitted to share character names for fear of this affecting their job. But they were spot on about the cast of the upcoming Harley Quinn series, so I know they’re legit. That’s why I’m going to share with you some of the key names I’ve been given, and then you get to have some fun in the Comments Section speculating about who they’ll play.

Baker has voiced, well, everyone.

One of the biggest names in voiceover for many years now, Baker’s resumé is positively insane. But if we narrow it down to DC, he’s voiced Batman several times, as well as The Joker. So take your guesses as to who he’ll be this time around.

The Supernatural star has his own DC history, having voiced Jason Todd in Under The Red Hood. My gut tells me he’d be perfect for the young, conflicted Harvey Dent we meet in Long Halloween. But we’ll see.

Something tells me the Glee star would be a nice match for Selina Kyle, aka Catwoman. But I suppose she’d do just as well with other key women in the story, like Gilda Dent.

The veteran actor, in my mind, would make a great Carmine “The Roman” Falcone, or even Jim Gordon. His work on series like Sons of Anarchy and Bosch leads me to believe he can nail playing a mafia kingpin. But he’s also shown himself to be a bit of a chameleon over the years, and has a knack for dialects, so there are plenty of ways to go with him. This will mark his DC voice acting debut.

Dastmalchian is making his second foray into the world of Batman, having played one of The Joker’s more memorable henchmen in The Dark Knight. Based on his previous work, I’ve got a hunch he’d be a lock for Alberto Falcone.

So, all in all, a fantastic cast. And an expensive one, too. This tells me that Batman: The Long Halloween is being treated with all of the pomp and circumstance it deserves.

No word yet on when they’ll announce this, or when it’ll be released. Similar to Harley Quinn, it could take a while (and when it does get confirmed, I’m sure the trades will once again ignore that Revenge of The Fans was the first to break the story), so we may have to be a little patient for something official.

What an exciting time to be a Batman fan, and a lover of DC Entertainment’s animated films.

Previous post Nicolas Cage Was Set For SPIDER-MAN: INTO THE SPIDER-VERSE Before Anyone Else