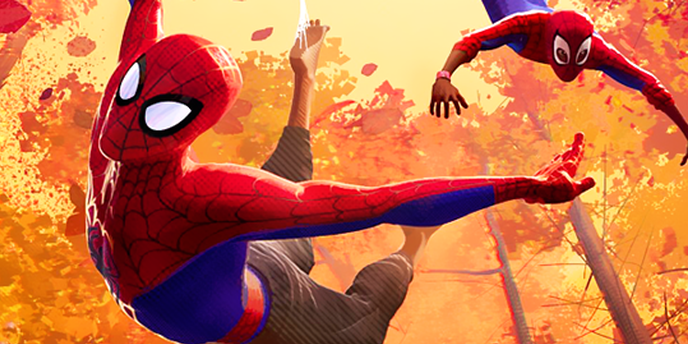 A few years ago when Sony announced that they were making not only a live action Venom movie, but also an animated Spider-Man film, people were a bit taken by surprise. After all, the studio had just struck a deal with Marvel Studios to have a live action Spidey in the MCU, a deal that came about basically because Sony completely mishandled their own Spider-Man films and needed an assist by Kevin Feige and company.

Everyone, myself included, assumed Sony wouldn’t want to rock the boat and would just sit back and reap the rewards of having the wall crawler in the MCU. However, that was not the case, and the studio announced that they were not only going to make flicks using Spidey’s villains, but also an animated film. We all thought they were crazy, but now Venom has grossed over $800 million worldwide, and the animated Spidey flick just opened at number one!

That’s right, that long preamble was just to let you know that Sony is not crazy. We are the crazy ones. Venom was a huge hit, and it looks like Spider-Man: Into the Spider-Verse, is going to do bang up business as well. The animated flick opened at number one this weekend with $35.4 million, and an A+ Cinemascore. Expect this film to have great legs that carry it through the holidays on its way to a fantastic domestic gross

Clint Eastwood’s new directorial effort The Mule, which is also his first starring vehicle since 2012’s Trouble with the Curve, opened to a decent $17.2 million for a second place debut. That may not seem like a lot, but Eastwood pulls in an older crowd, and they don’t feel the need to rush out to theatres on opening weekend.

After three weeks at the top, Ralph Breaks the Internet dropped three spots to number four. It made an additional $9.5 million bringing its domestic total to $154.4 million.

Mortal Engines, the other wide release this weekend, pretty much tanked with $7.5 million. I guess audiences weren’t in the mood for cities on wheels. The budget was $100 million, which I was surprised to see. I thought it would be double that. Still, it’s probably not going to make its money back.

Next week there’s no shortage of new, tent pole films. We’re getting Aquaman, Bumblebee, and Mary Poppins Returns. What do you think will win the weekend? Let us know it the comments below!

0
InMortal Engines, Ralph Breaks The Internet, Sony, Spider-Man: Into The Spider-Verse, The Grinch, The Mule

Next post SHAZAM! Star Zachary Levi Talks The Film’s Ties To The DCU