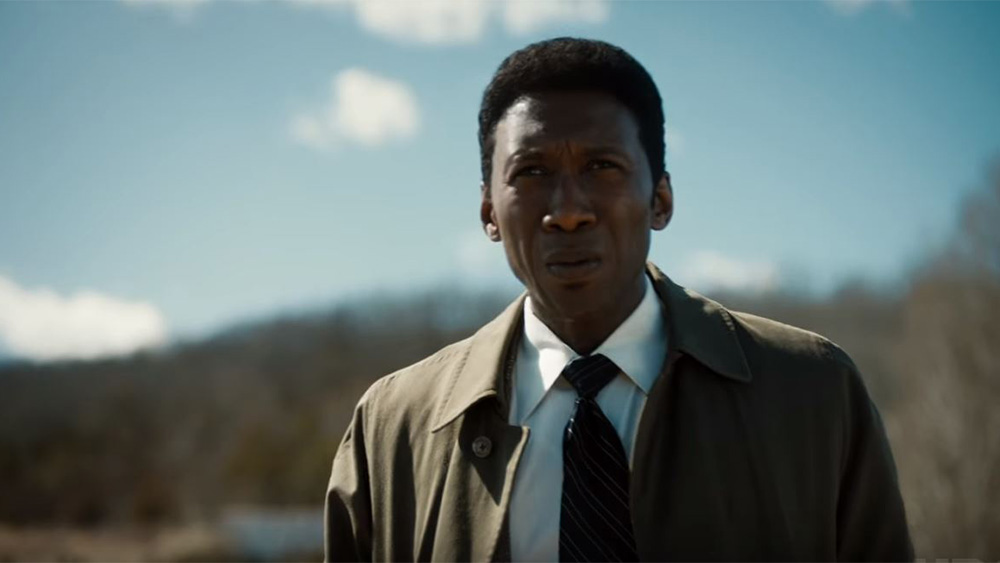 True Detective is returning soon! Mahershala Ali will lead the cast of the noir crime thriller. A brand new trailer has been released, which you can watch below.

The trailer is great. It gives you everything you’ve come to love about True Detective: The protagonist being interviewed, different time periods while the story unravels, dark imagery, etc. Ali is one of the best actors working today, and something like this for him to be able to chew on is nothing but great news.

If you need more, HBO has provided us with synopses for the first 4 episodes of the season:

The disappearance of a young Arkansas boy (Phoenix Elkin) and his sister (Lena McCarthy) in 1980 triggers vivid memories and enduring questions for retired detective Wayne Hays (Mahershala Ali), who worked the case 35 years before with partner Roland West (Stephen Dorff). What started as a routine case becomes a long journey to dissect and make sense of the crime.

Hays (Mahershala Ali) looks back at the aftermath of the 1980 Purcell case in West Finger, Ark., including possible evidence left behind at the Devil’s Den, an outdoor hangout for local kids. As attention focuses on two conspicuous suspects – Brett Woodard (Michael Greyeyes), a solitary vet and trash collector, and Ted LaGrange (Shawn-Caulin Young), an ex-con with a penchant for children – the parents of the missing kids, Tom (Scoot McNairy) and Lucy Purcell (Mamie Gummer), receive a cryptic note from an anonymous source.

Hays (Mahershala Ali) recalls his early romance with Amelia (Carmen Ejogo), as well as cracks in their relationship that surfaced after they married and had children. Ten years after the Purcell crimes, new evidence emerges, giving him a second chance to vindicate himself and the investigation.

Hays (Mahershala Ali) and West (Stephen Dorff) see a possible connection between the local church and the Purcell crimes. As the detectives search for one suspect and round up another for interrogation, Woodard (Michael Greyeyes) is targeted by a vigilante group.

We are getting the first two episodes back to back the first week, which should give us a good indication on how the season will go.

This season looks like a return to form for the series. The first season is some of the best television ever made. The second season was very ambitious and the cast was stellar, but didn’t live up to the first season. Everything I’ve seen from the third season so far makes me think we are in for a treat.

True Detective returns on Sunday January 13th, only on HBO.