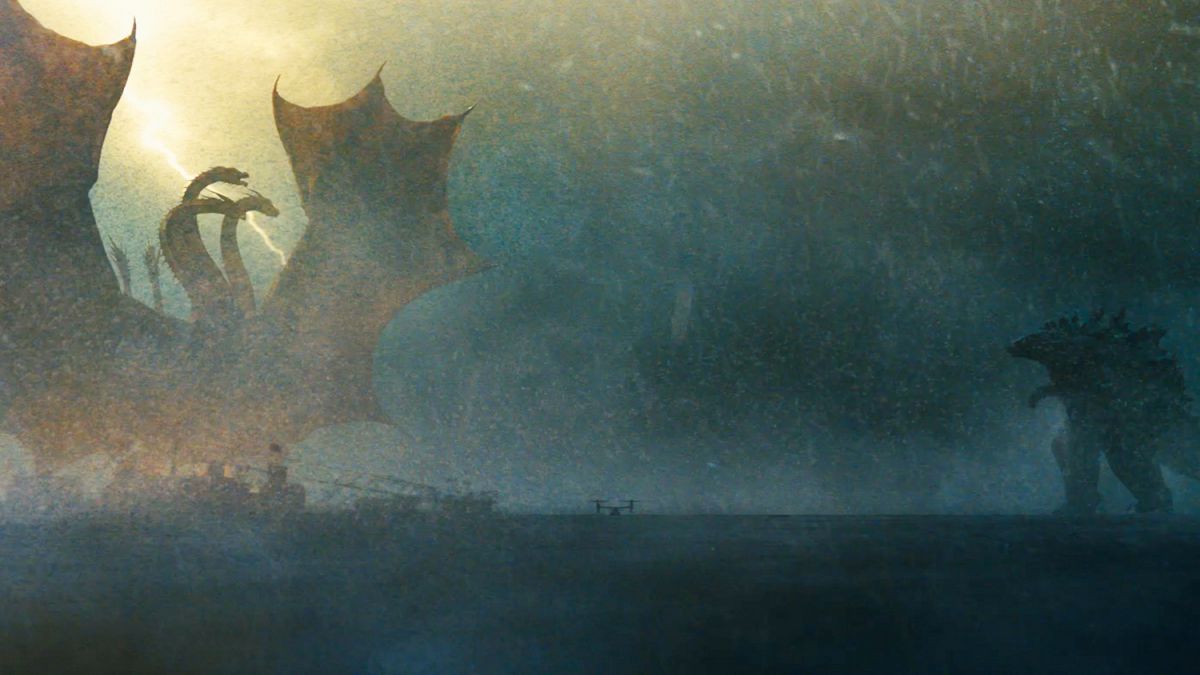 Earlier this year, my favorite trailer to emerge from San Diego Comic Con 2018 was none other than Michael Doughetry’s Godzilla: King of the Monsters. While I typically prefer my Godzilla films to feature its titular lead in a more villainous or antagonistic role (for example, the 1954 original or the recent Shin-Godzilla), the choice to present the Big Lizard fighting his three most iconic opponents in all of Hollywood’s apocalyptic CGI splendor with Debussy’s ‘Claire de Lune’ set as its score was simply a masterstroke. Now it’s time for the film’s second trailer!

The studio has now released the latest trailer for the film, which you can watch below.

While I probably preferred the first trailer due to its genius use of ‘Claire de Lune,’ this latest look at King of the Monsters is quite exciting just the same. As with the first trailer, the biggest takeaway from this sneak peek is the longtime core theme of many a kaiju film. Despite mankind’s desire for the contrary or any of their best efforts, these monsters are all forces of nature that seem to dwarf just about anything men could think to throw their way.

The second biggest takeaway is that Doughetry nailed bringing King Ghidorah to life in the MonsterVerse. Multiple shots in the trailer go a long way to establish to viewers that even Godzilla himself seems a touch short in comparison to the winged, three-headed alien monster. This is a creature that literally appears to be the size of several miles in every direction!

What do you think? Are you excited for the film? Be sure to share your thoughts with us in the comments section below!

Following the global success of “Godzilla” and “Kong: Skull Island” comes the next chapter in Warner Bros. Pictures’ and Legendary Pictures’ cinematic MonsterVerse, an epic action adventure that pits Godzilla against some of the most popular monsters in pop culture history. The new story follows the heroic efforts of the crypto-zoological agency Monarch as its members face off against a battery of god-sized monsters, including the mighty Godzilla, who collides with Mothra, Rodan, and his ultimate nemesis, the three-headed King Ghidorah. When these ancient super-species—thought to be mere myths—rise again, they all vie for supremacy, leaving humanity’s very existence hanging in the balance.

Next post SPIDER-MAN: FAR FROM HOME: A New Synopsis Has Been Released