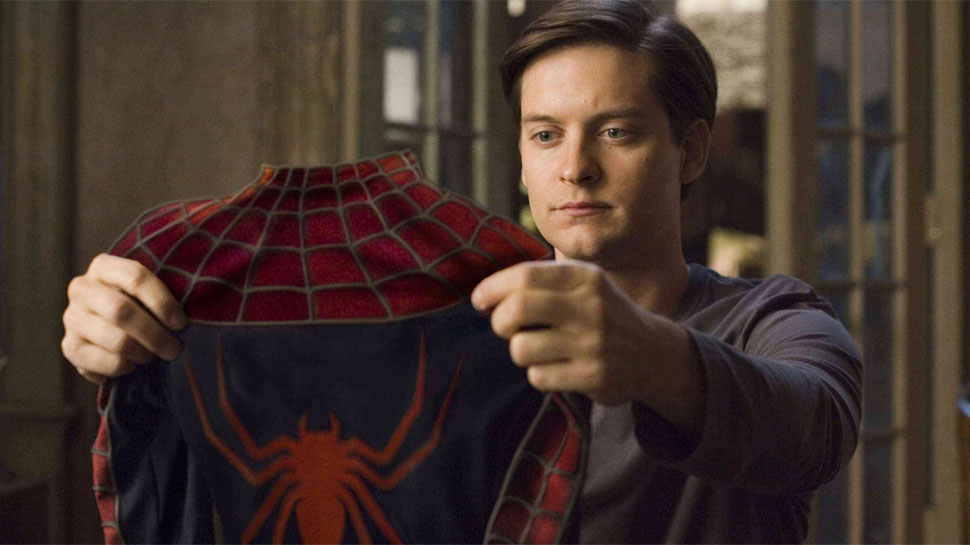 If you’ve seen the previews, or been part of the lucky groups who have actually seen the movie already, you will know that Spider-Man: Into The Spider-Verse pays homage to all the iterations of Spider-Man that have come before it. While the movie focuses on Miles Morales, Peter Parker is present, and his voice actor could have been someone whose familiar with the role: Tobey Maguire.

Rodney Rothman is one of three (!) directors of this film along with Bob Perischetti, Peter Ramsey, and he talked to ScreenCrush about how Maguire came up in the conversations.

“There was. There were many thoughts about where we could put Tobey Maguire and others. I think after this film, those thoughts might have a little more traction. But before this movie, and introducing the idea of the “Spider-Verse” to the audience, I think everybody was afraid that it would just really confuse people. But wow, it would have been fun.”

Maybe he and Andrew Garfield can have a role in the sequel. I always thought that Tobey Maguire would be a fantastic Uncle Ben for Tom Holland’s Spider-Man. I mean, the age gap between him and Marisa Tomei isn’t the largest I’ve seen, but on screen it hardly matters. Maguire looked 40 when he played Spider-Man, and Tomei looks younger than her actual age. They could have sold it. But having him be middle aged Peter Parker in Spider-Verse, would have been pretty great too.

That’s not to take away anything from Jake Johnson, who does voice Peter Parker in the movie. From the little I’ve seen of him in the preview, he does a very good job.

With all kinds of sequels and spinoffs coming, I wouldn’t be surprised if Maguire has another Spider role soon. We’ll just have to wait and see.