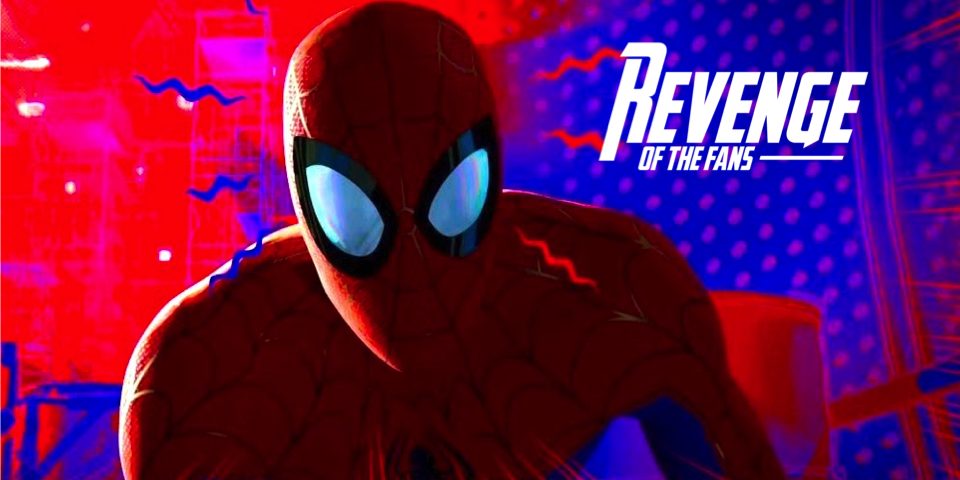 RTF Review: “SPIDER-MAN: INTO THE SPIDER-VERSE Is An Instant Superhero Classic“

It’s not uncommon these days to hear folks say things along the line of “We live in the Golden Age of Superhero Cinema!” And it’s true. For lovers of comic books and the iconic characters who inhabit them, it really doesn’t get any better than the last 10-15 years of popular culture. By that same token, comic book movies are arriving at such a brisk pace these days that you’d be forgiven if you were slightly numb to the genre at this point.

That’s what makes Spider-Man: Into The Spider-Verse such a monumental achievement.

Directors Bob Persichetti, Peter Ramsey, and Rodney Rothman (who also co-wrote the film with Phil Lord) have crafted a film that shakes up the entire meaning of what “comic book movie” is. While most of the films in this bloated genre work to find a way to translate comics into Hollywood’s traditional “language,” Spider-Man: Into The Spider-Verse is perhaps the most successful attempt yet at actually bringing the books to life.

Past directors have tried to bring a “comic book aesthetic” to their movies, be it Ang Lee’s use of “panels” with Hulk, or any of Zack Snyder’s graphic novel adaptations where he faithfully recreates key portions of the books he’s bringing to the screen, or Robert Rodriguez and Frank Miller’s Sin City films. But I’d argue that no one has ever pulled it off quite like this- which may seem like a no-brainer, since this is an animated film. However, it goes way deeper than that.

When I tell you that Spider-Man: Into The Spider-Verse feels like the equivalent of watching a Spidey comic play out before your eyes, I’m not saying that merely because of the film’s art style. The film, in tone and in execution, captures the spirit, look, feel, and kinetic energy of the books. At times, you’ll see those vintage yellow dialogue boxes pop up. You’ll hear the main character’s inner thoughts narrated like the countless thought bubbles you’ve no-doubt encountered in your lifetime while flipping through pages.

It’s hard to explain exactly how much the film’s visuals, writing, and execution are genre-redefining in their creativity, but all I know is that I felt completely pulled into the experience, and it was like nothing I’d witnessed before.

Tonally speaking, it manages to thread a needle when it comes to finding the ideal balance between taking its core story seriously while also managing to wink at the audience. The movie is a celebration of all things Spider-Man, and it has no qualms about breaking the fourth wall and acknowledging all kinds of aspects of Spidey’s history and legacy. In that way, it finds a way to speak to you both as an audience member watching this story and as a fan who’s followed Spidey through the years across several mediums.

And the craziest thing about that is that they somehow found a way to cram the film with countless bits of fan service without it being distracting, a nostalgic crutch, or pulling you out of the story. in fact, not only does it not detract from the experience or seem lazy, but it actually manages to get you even more locked into our hero’s journey. Pardon the pun, but that’s marvelous.

Speaking of our hero’s journey, I haven’t even shared the best thing about the movie: It’s big, beautiful, beating heart.

Spider-Man: Into The Spider-Verse is a surprisingly emotional and thoughtful experience. There were several times where I felt a lump in my throat, spotted some kind of universal truth in the story, or could relate Miles Morales’ journey to the real life struggles we all face.

The script really digs deep to tell a story about a young man who feels the weight of great expectations heaped onto his shoulders, and fears letting down his loved ones more than anything else. These fears manifest themselves as deep insecurities, self-doubt, and a sense that he’ll inevitably fail. His arc, which begins there and ultimately culminates with his ascension to Spider-Man, is extremely rewarding; Not just because it’s cool to watch a well-written superhero origin, but because of what it attempts to tell you, the viewer.

One of the over-arching themes of the film is that we all face hardship, tragedy, and exterior pressures. What determines who we are, though, is what we do with all of that.

In the case of a villain like Kingpin (who’s given his own tragic arc), his pain turns him into an even more selfish and destructive being who’ll stop at nothing to get his happy ending- even at the cost of everyone else’s. In the case of Miles and- as we learn- the rest of the Spider-people from other dimensions, they use their pain to dig down deep, take that leap of faith that it will all get better, and actually try to help those in need.

It’s a potent allegory for real life, and it asks you to look in the mirror at the way you react to adversity. Do you crumble? Do you overcome? Do you retreat from the world? Do you realize that the only way to counteract negativity isn’t with more negativity, or by hiding from it, but with positivity and faith? And even when you don’t have the answers to these questions, the film reminds you to just keep going, cause it gets better.

It’s a meaningful ride, and it manages to convey these ideas without becoming preachy or didactic. All it asks you to do is invest in Miles and the world he inhabits, but if you choose to delve deeper you’ll find plenty of food for thought.

Aside from a dynamite script, and one-of-a-kind visuals, the film’s voice cast is also beyond stellar. Leads Shameik Moore, Hailee Steinfeld, Bryan Tyree Henry, Mahershala Ali, Jake Johnson, and Liev Schreiber are superb. As for the rest of the Spider-people, Nicholas Cage, John Mulaney, Kimiko Glenn do a great job of making you want to see spin-offs for each of them. And veteran thesps Lily Tomlin and Luna Lauren Velez do a very good job of bringing to life the two matriarchs of this Spidey story: Aunt May and Rio Morales, respectively.

Visually inventive and emotionally resonant, Spider-Man: Into The Spider-Verse is a fever dream for fans of the friendly neighborhood wall crawler.