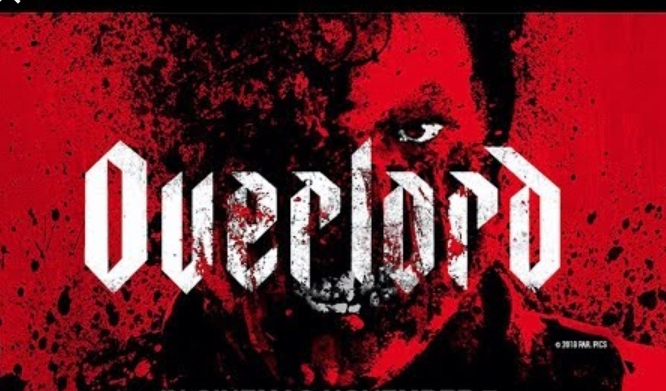 I don’t like horror movies. Feeling scared, hopeless or desperate are emotions that I deal with enough during my day-to-day life that when I go to see film, I don’t seek these kind of movies out. With that said, I love movies. I love acting, screenwriting and the whole film production process. It is this love of film that made me seek out Alien, the space-horror masterpiece directed by Sir Ridley Scott. I hate it because it made my skin crawl; but loved it because of its production value and brilliant execution. Also, Sigourney Weaver was superb in it. With this in mind and because I dig a lot of J.J. Abrams’ work; I gravitated with interest towards Overlord, which Abrams worked on as an executive producer, ever since the trailer was released.

Though it appeared to be a gory, horror-filled experience; my respect for Mr. Abrams motivated me to give Julius Avery’s World War 2 tale a chance.

Overlord takes place in Nazi-occupied France as American and other Allied Forces are being dispatched via the air and seas into Europe at the height of World War 2. Corporal Boyce (Jovan Adepo) and his unit are American soldiers that are tasked with destroying a radio tower that is preventing Allied air support from arriving to this region of France. As they draw closer to their objective they come face-to-face with the horrors of war and mad science. Overlord portrays the struggle of keeping one’s humanity when the hardships of war attempt to rip it away.

Though not perfect by any means, Overlord succeeds in presenting a familiar war-centric narrative with hints of sci-fi and horror. This thematic integration is where Avery’s direction shines; because they are introduced in a matter that adds tension, mystery and stakes, not distraction to the film’s drama.

You might look at the posters and trailers and could assume that this movie is horror/gore fest; but what you’ll find is a World War 2 story. Though it does try to go for jump scares at times, I do appreciate the fact that Avery does focus on simply telling the story that he set out to tell for the most part.

Starring Wyatt Russell, Jovan Adepo, Mathilde Ollivier, Ian De Caestecker and Pilou Asbaek, among others; Overlord is a good time if you’re looking for a way to pass the time during a $5 AMC Tuesday. Overlord is the first film that I have seen from Julius Avery and with what I have seen, I can say that I look forward to see where he goes from here.

Next post THE MANDALORIAN Will Have A Cool ROGUE ONE Connection (Spoilers!)