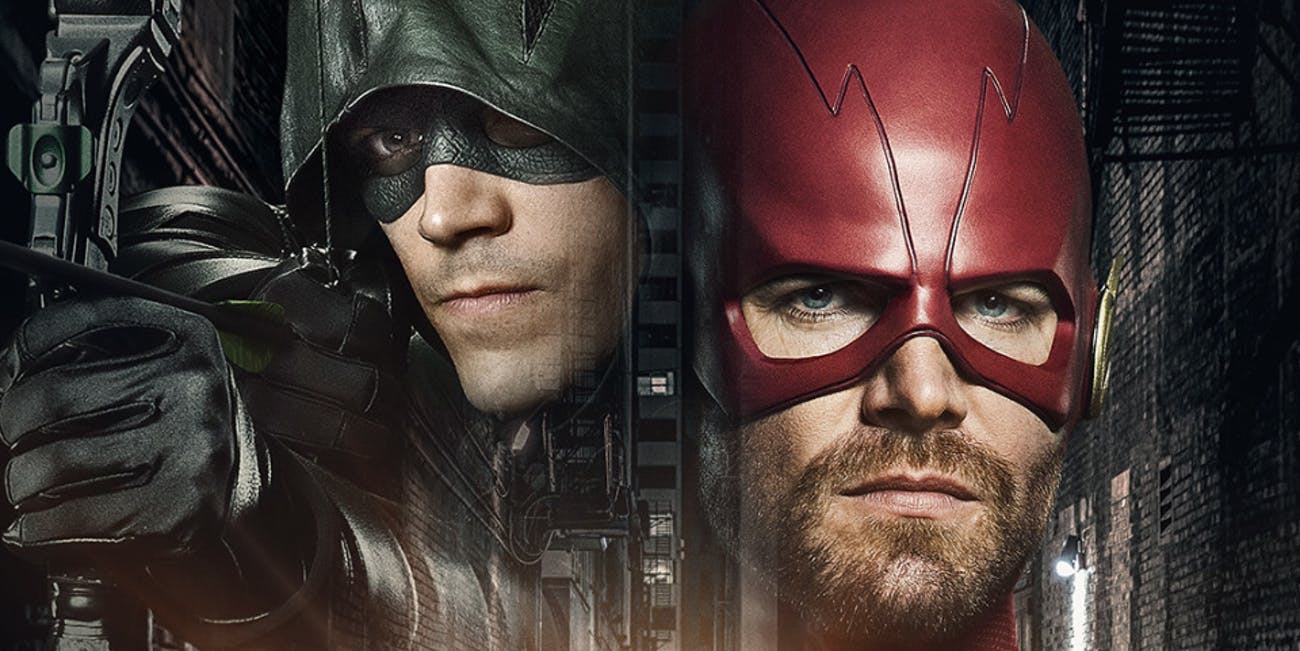 There isn’t much more to say about the upcoming Arrowverse crossover Elseworlds that hasn’t already been said. But footage is coming in, and yesterday we got our first look at it, showing “Barry Allen” (who is really a confused Oliver Queen) wake up next to Iris West.

Now comes a promo of “The Green Arrow” (who is really a confused Barry Allen) train with Diggle, which you can watch below.

This promo might offer some clues as to what is going on in Arrow however. If this isn’t a completely disparate adventure that has nothing to do with the “canon” of the Arrowverse, then it’s nothing. But if it takes place within the canon, does that mean once Oliver Queen gets out of prison, that he joins ARGUS to go legitimate? We know from the flashforwards that vigilantes are still banned. We know that Oliver won’t be in prison forever. Seeing this “Oliver Queen” train at ARGUS with Diggle could be quite telling. Remember, to Iris West and John Diggle, nothing is out of the ordinary. But Barry and Oliver know something is up. Also, it is worth noting that he (Barry? Oliver? We are going to have to decide on naming conventions for this) is surprised by his strength.

I do think that this is actually happening in the canon (despite the Elseworlds title, which could have a meaning in-universe instead.), since it will introduce Batwoman into the universe, with the potential for her to have her own series. They wouldn’t do all this work, to have to start over on her own show because this “didn’t count”.

To see Grant Gustin act big and brooding, and Stephen Amell act hopeful and optimistic will be quite the spectacle to see.

Elseworlds airs over 3 nights, starting Sunday, December 9th. If you’ve ever enjoyed anything DC Comics related, I highly suggest you tune in.

Previous post STRANGER THINGS: Harbour Talks About The Series Getting A Satisfying Conclusion