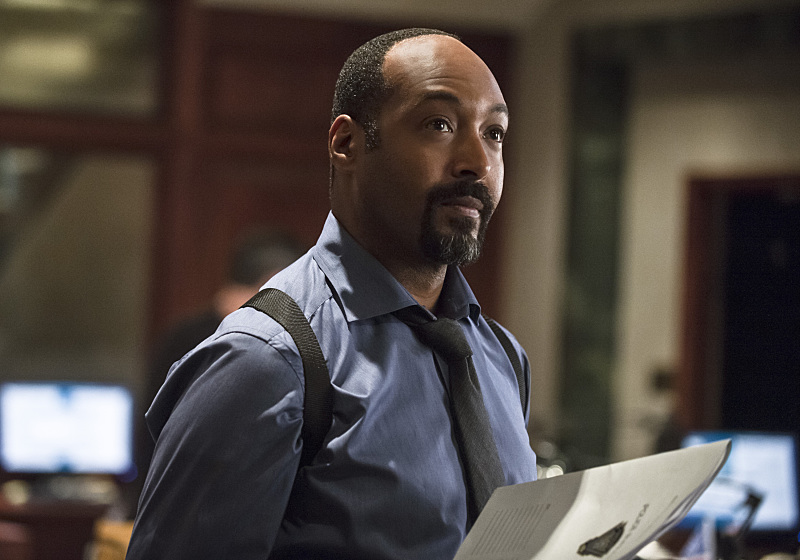 Jesse L. Martin is one of the best actors on The Flash. Tom Cavanagh and he bring a legitimacy to the group. The veteran actor plays Joe West on the show, and his heart-to-heart’s with Barry Allen are what makes the show tick. His role this season however, has been greatly reduced, and he is nowhere near as involved as usual. Turns out, there is a reason for that.

Martin injured his back during hiatus. No word on how, but it has immobilized him quite a bit. All of his scenes were Joe confined to his home on the couch, or leaning in door frames and things.

TV Line reports that Martin will take a leave of absence in order to make a full recovery. A studio rep confirmed it, saying:

“Jesse Martin is taking a medical leave of absence from The Flash. We wish him a full and speedy recovery and look forward to his return as Detective Joe West,”

There is a lot going on with on the show right now, so the show will survive without him for a bit, but it is unfortunate. The emotional scenes between Martin and lead star Grant Gustin are some of the most important of the entire series.

I noticed that he wasn’t in scenes that he should have been in, and that he was oddly reserved in scenes he was in. I wasn’t sure what was up, but knew it was something. This makes sense.

It is unknown how long Martin will be off the show, but it will be addressed in universe. Perhaps he goes off to visit Wally, since he was written out at the beginning of this season.

We here at Revenge Of The Fans hope that Mr. Martin makes a full recovery and he is back in Central City helping the fastest man alive in no time!

The Flash airs Tuesdays at 8/7c on The CW.