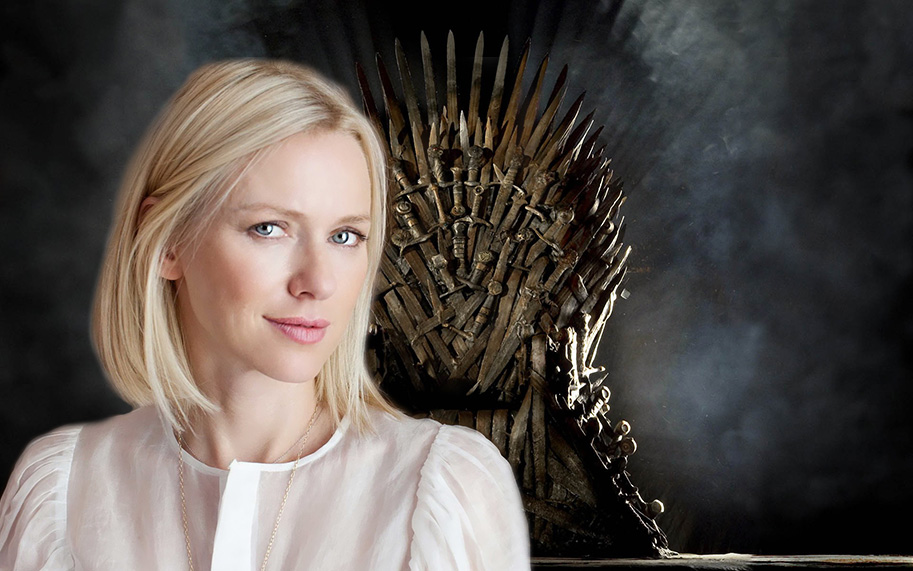 Considering how much of an impact it’s had on pop culture over this past decade, it’s still a bit hard to believe that HBO’s hit dark fantasy series Game of Thrones is finally coming to an end next year. However, as many fans already know by now, HBO won’t be done with the world of Westeros anytime soon. First up is a pilot for a prequel series helmed by writer Jane Goldman and series creator/author George R.R. Martin- and now the duo have their lead star for the series’ pilot episode.

It has been announced that acclaimed actress Naomi Watts will star as “a charismatic socialite hiding a dark secret” in the pilot for the untitled Game of Thrones prequel series, though little else is currently known about her character.

As for the story itself, the following synopsis has been used among the trades:

“Created by Goldman and Martin and written by Goldman based on a story by her and Martin, the untitled prequel takes place thousands of years before the events of Game Of Thrones. It chronicles the world’s descent from the golden Age of Heroes into its darkest hour. And only one thing is for sure: from the horrifying secrets of Westeros’ history to the true origin of the white walkers, the mysteries of the East to the Starks of legend… it’s not the story we think we know.“

Needless to say, I’m over the moon with this news. Watts’ turn in David Lynch’s immortal Mulholland Drive is still one of the strongest performances this side of the past twenty or so years and there’s no reason to think Watts won’t also bring the goods for this Game of Thrones prequel either. So long as Goldman and Martin are able to deliver the goods with the story and bringing their vision of the Westeros from the golden Age of Heroes to life, this series should be well worth waiting for.

Be sure to share your thoughts with us below!