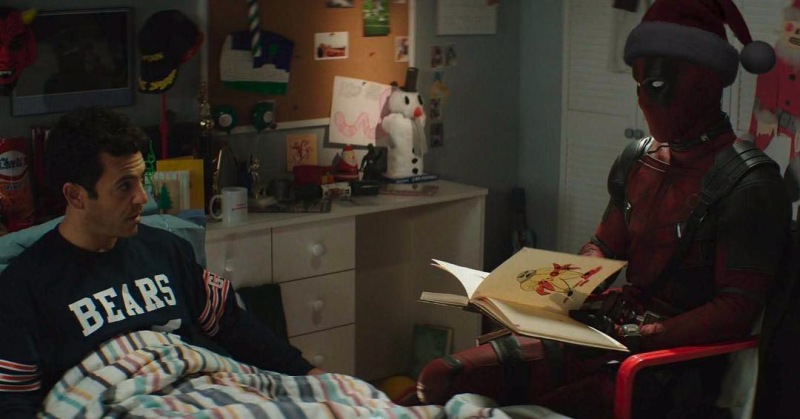 Please don’t shoot the messenger. Yes, there is a PG-13 version of Deadpool 2 coming, because we all know how great watered down food tastes right? Anyway, if this has to be a thing, at least it’s being handled well.

CinemaBlend talked to the writers of the movie, Rhett Reese and Paul Wernick, and they said that it works well when you frame it in The Princess Bride aspect, instead of just adding bleeps, ADR, and the like.

“Oh, I would say all of the above. And also again, the narrative device [of The Princess Bride story], the new stuff that we shot really kind of frames it in a fun, interesting, cool way that I think people who have seen the movie already will want to go see this because it’s outrageous and fun and funny in only a way Deadpool can kind of tell a story. I think it’s going to be a one that not only kids are going to want to see but hopefully, you know, people who have known and loved Deadpool and have seen all of the first and second one will go see because they’ll be like, ‘Holy sh*t, I can’t believe that they did that.'”

Even with all of that, it won’t be a complete rehash. Reese and Wernick confirm to /Film that there will be brand new scenes in this version that director David Leitch filmed recently.

“We definitely shot new stuff,” Wernick said. “And recently too. After Deadpool 2 came out and we were all sitting around, we came to it less about the idea of let’s make a PG-13 movie and more, ‘Let’s talk a little bit about Deadpool.’ We were kicking around some ideas and then I think it was Ryan [Reynolds] who had the great framing device and we all  got excited and went to the studio. They said, ‘Yeah, let’s do it. Fire up the cameras.’ About two months ago we were out on soundstages shooting again. Ryan was in the suit and the gang was back together, Dave Leitch and Ryan and us having a great time and laughing. It comes together great so we’re super excited about it.”

That should add a bit of fun to the cash grab by Fox. I’m sure I’ll check this version out eventually, but the character works best in an R-Rated setting. I’ve already bought Deadpool 2: The Super Duper Cut on 4K Blu-Ray. I doubt I will buy it again.

What do you think of this? Will you go to a theater to see it?