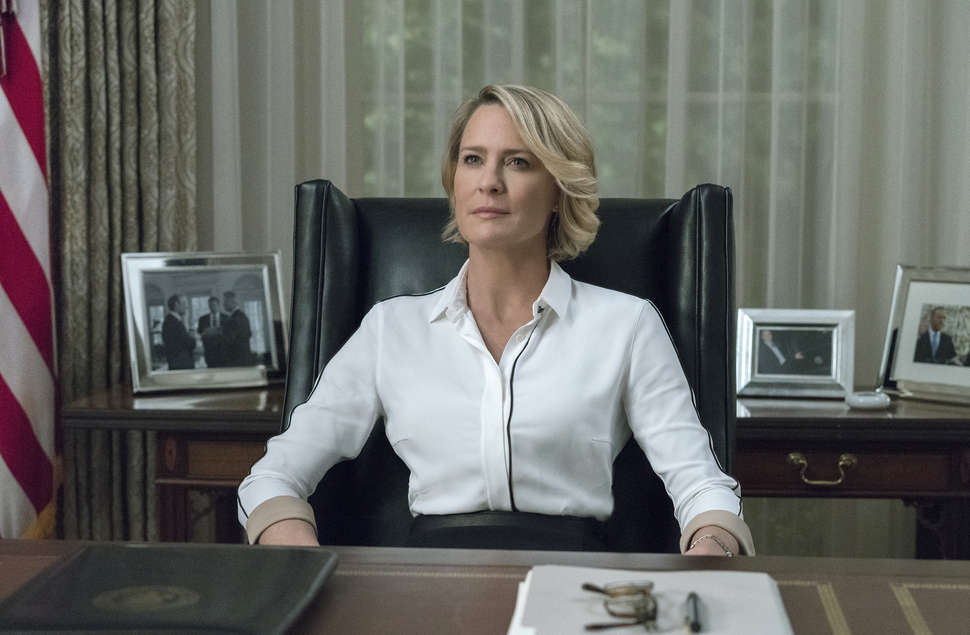 House Of Cards was one of Netflix’s first original hits. The political thriller starred Kevin Spacey and Robin Wright, and even got some awards recognition. But the future of the show was in jeopardy after Spacey was promptly fired after sexual assault allegations came to light.

After everyone regrouped, Netflix decided to do a 6th and final season of the show, without Spacey. Wright returned, and told E.T. at the premiere that there was never any other choice.

“There wasn’t any hesitation. We wanted to close out this show the way it was always intended for the fans and equally important was we would have put over 600 people out of a job. So it was only fair to finish with the security they expected.”

A lot of general audience members forget about the people off camera who make all these shows happen. They don’t make even a fraction of what the stars do, and cancellations and things hurt them the most.

While the rest of the cast of House Of Cards – including Constance Zimmer, Greg Kinnear, Patricia Clarkson, Boris McGiver, and Michael Kelly – faced some controversy with Spacey, they rallied and had a ton of fun on set, to the point where they didn’t want to leave. Wright recounted:

“It was bittersweet, lots of tears and nobody wanted to leave! We hung out in the Oval Office until about 3 a.m., dancing.” She added that there were “plenty” of beverages to help with the fun.

This isn’t the first time a show has continued after its lead exited the show for one reason or another. Those shows have had varying degrees of success after the fact. The deck is stacked in the favor of this though, as they really don’t have to worry about advertisers and marketing as much. Only time will tell how it does.

The 6th and final season of House Of Cards is available on November 2, only on Netflix.

Next post WONDER WOMAN 1984: About That ‘Crazy’ FLASHPOINT Rumor….