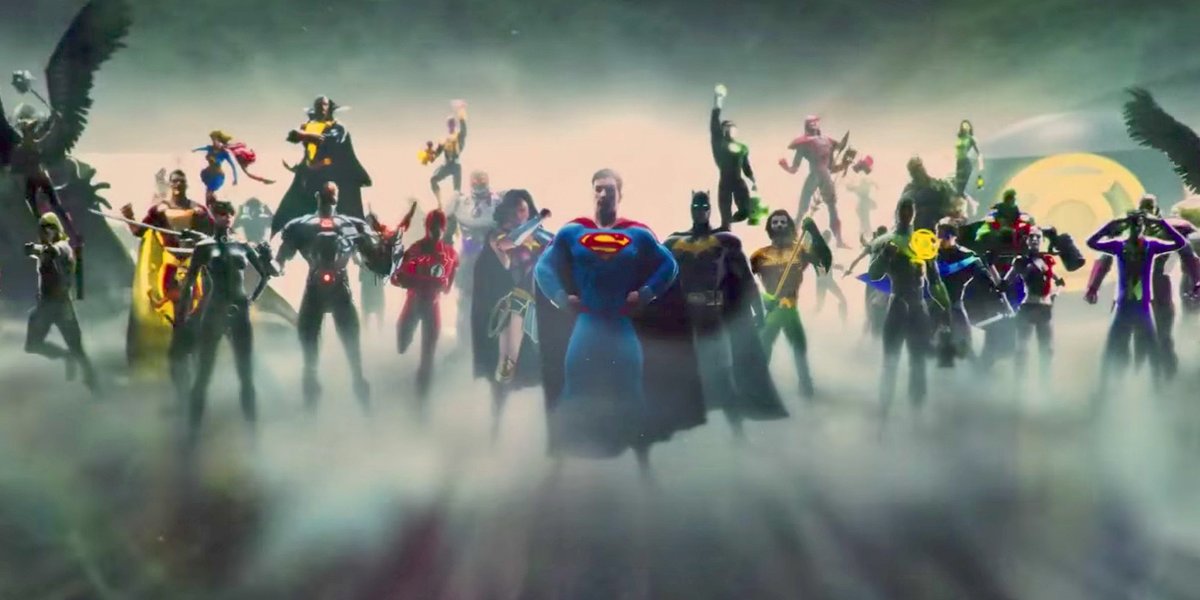 “Breathe, Folks! DC Films Have A Slate, And A Plan“

Following yesterday’s surprising news that the release date for Wonder Woman 1984 has shifted a few months, I’m sensing there’s some panic in the air. Not at DC Entertainment, mind you. But in the DC fandom.

Some are worried that this means the production is in some sort of trouble, or they’re combining it with the recent news that The Flash has adjusted its production start time to tweak the script, or- worse yet- they’re assuming this means DC is somehow directionless at the moment.

I’m here today to tell you to breathe.

And if you take a moment to silence all the noise, and actually look at the official information that’s out there, you’ll see that DC is way more put-together than most seem to want to realize.

First, I’d like to start with a pair of questions:

Don’t worry. You don’t have to go google the answers to those. I’ll just tell you: Not much.

While we know of loose plans from each of those successful franchises, we don’t really know any specifics beyond what they’re putting out next year.

Now let’s look at what we know of DC’s slate, and how far it takes us:

Looking at this objectively, and pushing all emotion out of the equation, it’s plain to see that DC owes us nothing further. They’ve got five movies coming out, and they’re carrying us into the middle of 2020. We know who’s making them, acting in them, and when they’re coming out. So what, exactly, is this obsession with DC releasing some sort of “official” slate? Why does DC have to do that, when Marvel and Lucasfilm don’t?

We only know those kinds of specifics for the next three Marvel movies, and the next (singular) Star Wars film.

“But we also know Marvel is planning other stuff like The Eternals, Guardians 3, and Black Panther 2!”

To that I counter, “We also know that Matt Reeves has turned in his script for The Batman (which has been drawing raves and the film is crewing up and preparing to film next year), The Flash is said to film next year, Supergirl is on the way, and there are other films in the ether, too, like Green Lantern Corps, and Ava DuVernay’s The New Gods.”

So, again, what are people freaking out about?

It would appear that after a very bruising 2016 and 2017, DC fans have become hyper-sensitive about anything that could even remotely be construed as “bad news.” And I don’t blame them. What happened with Justice League– which was really just the capper to what began with Batman v Superman and continued into Suicide Squad in terms of the studio meddling with theatrical cuts- is crazy. I get it.

But things are different now. There are different people calling the shots, different priorities in place, and a studio that has vowed to return to its filmmaker-driven roots. And we simply cannot judge them yet. Why? Because we haven’t seen what they’re working on yet. None of us have seen Aquaman (which has one foot in the prior chapter of the cinematic DC saga and another on the next one), and we definitely haven’t seen Shazam! yet (which will be the first DC film produced under Walter Hamada’s leadership).

So we’re all one big, collective Jon Snow. When it comes to the quality of what they’re working on (which is really what counts, not the quantity- which is also pretty vast, mind you), we. know. nothing.

In this modern age of “too much information,” where fans are given (and then dissect) every scrap of minutiae about a film before it’s even wrapped filming, we’ve grown accustomed to reacting to things long before we realistically should. It’s like walking into a restaurant, ordering a meal, then saying “This is going to suck!” before it’s even arrived.

“Why don’t you wait until you see the film before you start talking s**t on Twitter? Or wait to make up your own mind about something for once in your life. Do your own research. Make up your own mind. Follow your heart, and really, really investigate situations before you identify yourself and pick a side, and start throwing things at the opposition. Because that’s what’s totally screwing everything up right now. And it polarizes us. We’re all human, and there’s a lot of things we can agree on.”

He was talking to IndieWire about some of the irrational freak-outs he’s seen with regard to some of the subject matter covered in Fantastic Beasts: The Crimes of Grindelwald, but it’s relevant for this discussion, too. The rush to judgement, and the rush to panic is going to suck the joy out of all of these things we love so much if we’re not careful.

So let’s focus less on what happened before, and more on our anticipation for what’s to come.

One of the other big concerns people are having is whether or not the cinematic DC Universe will remain a shared landscape, or if they’re going to a model that favors standalone movies that don’t directly connect with the rest of the DC canon.

Right now, I think it’s safe to say that that’s a mystery. EVEN TO WALTER HAMADA!

He inherited a very messed up situation, and was handed the reins to a franchise that hit a wall instead of a crescendo with Justice League. So he’s still trying to sort out what’s worth salvaging, and what’s worth moving away from. Want to know how he’ll ultimately arrive at a decision? By seeing how these next movies actually do.

What a novel concept, right?

In just two months time, he’ll have a chance to see how people take to Aquaman and that’ll inform him about where to go next. Then four months later, Shazam! will be the next opportunity to allow his paying customers to tell him what they think of things.

Sounds reasonable to me.

I know you want answers now, now, now, but that’s not how DC works anymore.

Remember when DC used to be raked over the coals for how “reactionary” it was? Great. Now let’s allow them to take their time and assess what the careful next step is, rather than trying to turn on a dime so no one says mean things about them online.

Remember when everyone in the world thought Justice League should’ve been delayed? Awesome. Then you should be thrilled that they’re giving Patty Jenkins and co. more time to make Wonder Woman 1984 amazing and to position the film in a way that can really let it shine.

Hamada may not be the spokesperson you hoped for. You may lament that he doesn’t fire off press releases more often, or stand up at a podium to spell things out for you, but through his actions, he’s showing you that DC Entertainment is now in stable hands and is unwilling to repeat the mistakes of the past. Isn’t that the best anyone could hope for?

So is it all connected? We won’t know for a while, because Hamada still needs to see what audiences think of the new DC. For now, all you need to know is that they’re trying to make these next five DC films as great as they can possibly be, and depending on how audiences react to things, they’ll decide later on if it’s worth illuminating a “shared universe” link between them.

And while I, personally, would love for the shared cinematic universe to get dusted off down the line (and with these current characters as part of it), I sleep easy as a DC fan knowing that an unbelievable array of talented people are working on bringing these great stories and characters to the big screen in a way that let’s them shine brightest.

I don’t know about you, but I’ll take that.

Previous post ARROWVERSE: John Wesley Shipp’s THE FLASH Will Be In The ELSEWORLDS Crossover

Next post Disney Looking At A PIRATES OF THE CARIBBEAN Reboot With DEADPOOL Writers!