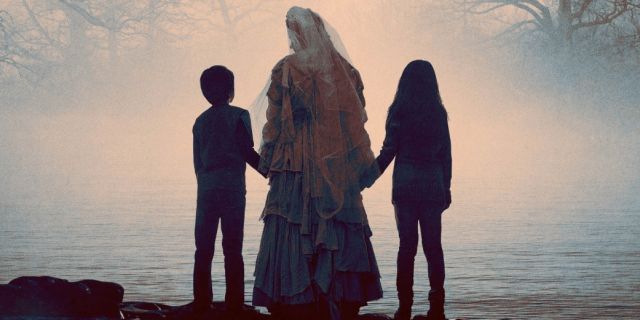 I’ll admit it. When it was announced last month that James Wan would not be directing The Conjuring 3, I was very disappointed. I love that particular series of films, and while I’ve made peace with the fact that he wouldn’t direct the spinoffs- like Annabelle, The Nun, and the upcoming Crooked Man– I always took solace in the fact that the mainline Conjuring Universe films would be helmed by the modern day master of horror himself. No offense to The Curse of La Llorona director Michael Chaves, but I was not happy with this news.

But now, as is often the case when we rush to judgement, I may have to eat my words.

The first teaser for The Curse of La Llorona has arrived online, and now I think I see why Wan is entrusting The Conjuring 3 to Chaves- who is making his feature directorial debut with this film.

Check out the Curse of La Llorona teaser right here:

The teaser also comes with this creepy description of the film’s plot and premise:

La Llorona. The Weeping Woman. A horrifying apparition, caught between Heaven and Hell, trapped in a terrible fate sealed by her own hand. The mere mention of her name has struck terror around the world for generations. In life, she drowned her children in a jealous rage, throwing herself in the churning river after them as she wept in pain. Now her tears are eternal.

They are lethal, and those who hear her death call in the night are doomed. La Llorona creeps in the shadows and preys on the children, desperate to replace her own. As the centuries have passed, her desire has grown more voracious … and her methods more terrifying. In 1970s Los Angeles, La Llorona is stalking the night—and the children.

Ignoring the eerie warning of a troubled mother suspected of child endangerment, a social worker and her own small kids are soon drawn into a frightening supernatural realm. Their only hope to survive La Llorona’s deadly wrath may be a disillusioned priest and the mysticism he practices to keep evil at bay, on the fringes where fear and faith collide. Beware of her chilling wail…she will stop at nothing to lure you into the gloom. Because there is no peace for her anguish.

There is no mercy for her soul. And there is no escape from the curse of La Llorona.

What I’ve always loved about Wan’s Conjuring films is that they don’t seem gimmicky. They really feel like fully-fleshed out Hollywood productions, as opposed to some cheap, jump-scare-filled cash grab- like the films horror maestros John Carpenter and Jason Blum fear will ultimately kill the current scary movie boom. No, Wan’s Conjuring films actually put great care and effort into their production design, their casting, their characters, and the actual stories being told. They hark back to an older age, when films like The Exorcist and The Shining handled horror with class and prestige.

And I’m happy to share that The Curse of La Llorona seems to be cut from that same cloth. I’m loving what I’m seeing here, and it’s reigniting my interest and curiosity in The Conjuring 3.

Next post Lex Luthor Is Coming To SUPERGIRL And The Arrowverse!