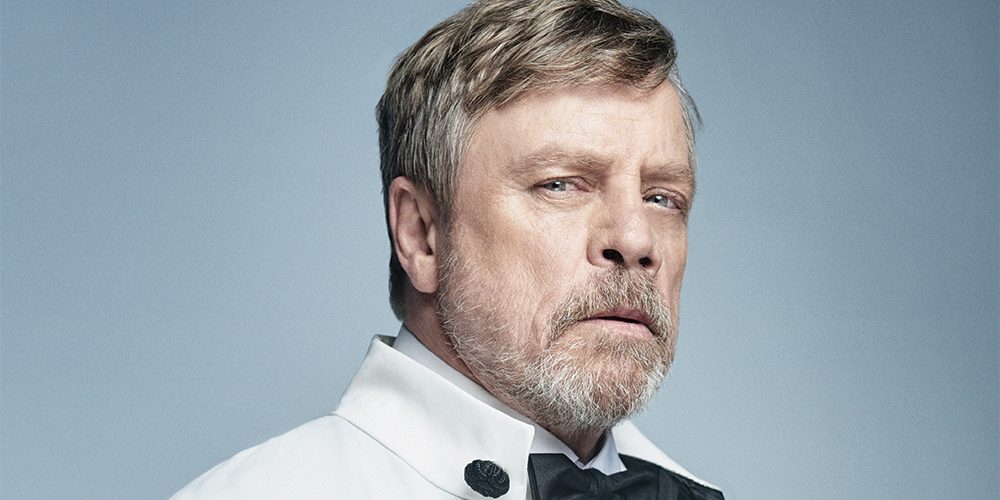 Twitter’s an interesting place. The social media platform has many uses, and one of the cooler ones is the way it allows you to interact with the creators of the things you love. Did you love the latest episode of Mayans M.C.? Great. Want to tweet your appreciation to Kurt Sutter? Go for it! Want to flip out when he replies or “Likes” it? Permission granted! But that access to the stars is a double-edged sword. In the realm of Star Wars alone, there are interesting cautionary tales to consider.

On the negative side, you’ve got the harassment and abuse leveled at people like Rian Johnson and Kelly Marie Tran- the latter of whom actually left twitter because it was just too toxic for them. On the fun side, there’s Mark Hamill. Period. Full stop.

Mark Hamill is a blast on twitter, and the Star Wars actor has made an art form out of being charming, affable, and approachable to fans around the world. He’ll respond to questions, offer teases, and generally seems to enjoy the access he has to his fans. But that accessibility can sometimes put him in a tough spot, where he’s inundated with questions about things like his appearance in the upcoming, as-yet-titled Star Wars: Episode IX.

And Hamill has now taken to twitter to basically say, “Enough!”

I mention keeping my #StarWars opinions to myself & what happens? It triggers an avalanche of questions about the next one! All can is yes, I’m in it. Other than that, just consider it: EPISODE NEIN COMMENT.

“I mention keeping my Star Wars opinions to myself & what happens? It triggers an avalanche of questions about the next one! All can is yes, I’m in it. Other than that, just consider it: EPISODE NEIN COMMENT.”

It should be noted that his desire to keep his opinions to himself is also probably fueled by the amount of times he got into hot water by making statements and raising questions that were less-than-glowing about Rian Johnson’s Star Wars: The Last Jedi.

But regardless of what his true intention is, whether it’s a desire to keep the secrets of J.J. Abrams’ Star Wars: Episode IX, or his guilty conscience getting them better of him for- at times- being a negative distraction, it looks like Hamill is content to “Plead the Fifth” up until Episode IX arrives in theaters on December 20, 2019.

And if you read my rant this morning on Twitter, you’ll know this decision is perfectly welcomed by me, because I think we find out entirely too much about our favorite movies these days. We’re losing the element of surprise and mystery that used to make going to the movies so fun.

So if Mark Hamill can actually stick to this pledge, I’ll happily cheer him on.

CONTINUE READING: “Loving What You Love Without Hating What You Don’t: Surviving Fandom in 2018“