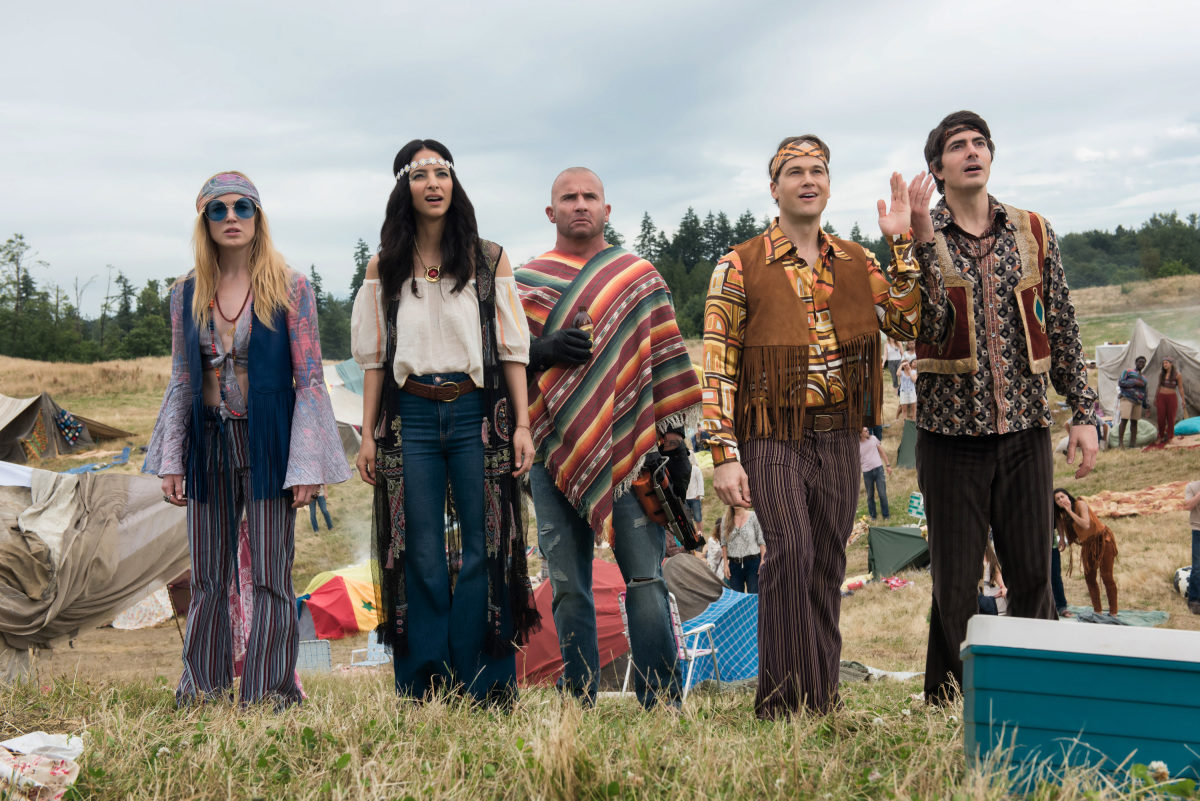 For those with a passing knowledge of the Arrowverse, let me break it down for you. There is Arrow, a grounded and more serious show. Then there is The Flash, a lighter and more whimsical show. Supergirl was adopted from CBS, and the tone is light and hopeful. Then there is Legends of Tomorrow – a show that is so ridiculous that it shouldn’t work – but it does, and is sometimes the highlight of the Arrowverse because of it.

The cast is made up of supporting characters from Arrow and The Flash, though they’ve found their own original cast members as well. They won’t be in the annual crossover this year, instead they will do an episode where they cross over with themselves. In preparation for the premiere of Legends of Tomorrow on Monday, The CW released a new trailer for the show, and it is absolutely insane.

Murderous Unicorns. A Psychotic Fairy Godmother. Slasher Dolls. Woodstock. Summer Camp. Space. A Swamp Thing reference. And that is just what they are willing to show us.

My favorite part though, might be the shot of Brandon Routh with a mustache.

Routh plays Ray Palmer/The Atom in the Arrowverse. But he had another DC job once upon a time – he was Superman for Bryan Singer’s Superman Returns. They gave Superman a mustache. Get it? They gave a Superman actor a mustache!

The show stumbled in its first season, because it tried to take itself seriously. The second season they were still figuring things out. By the end of the third season, they embraced their silly identity completely, and the show is better for it. Now in season 4, there seems to be no holds barred.

DC’s Legends Of Tomorrow returns Monday, October 22 on The CW.

After defeating the demon Mallus by cuddling him to death with a giant stuffed animal named Beebo, the Legends are ready to ease off the gas. Sara (Caity Lotz) and her team join Ava Sharpe (Jes Macallan) and the Time Bureau to help clean up the last few remaining anachronisms. The job seems straightforward enough until Constantine (Matt Ryan) arrives to inform them that, in solving one major problem, they have created another, much larger one. When the Legends let time crumble in order to release and defeat Mallus, the barrier between worlds softened. History is now infected with “Fugitives” – magical creatures from myths, fairytales, and legends. Having been expelled throughout time by people like Constantine, these Fugitives are now returning to our world in droves and making a real mess of things. As the Time Bureau is distrustful of and ill-equipped to deal with magic, the Legends must team up with everyone’s favorite demonologist to set history back on track.

Previous post Idris Elba Will Play The Villain In CATS