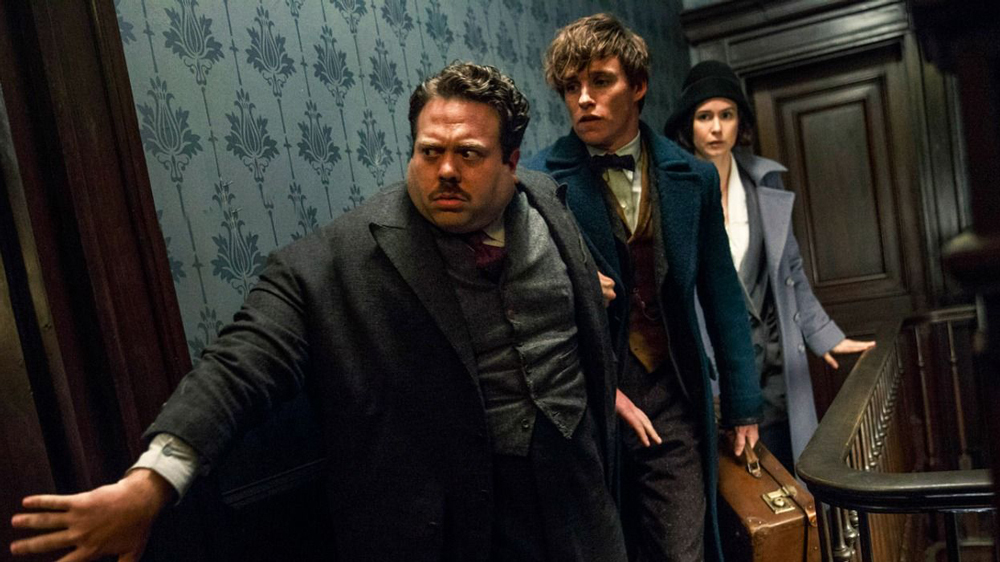 While I may be a bigger fan of J.R.R. Tolkien and Stephen King as far as authors go, it’s hard to deny the gargantuan cultural impact that JK Rowling has had for the past twenty or so years. The last Harry Potter novel came out eleven years ago and the franchise is still going strong. With Fantastic Beasts: The Crimes of Grindelwald (the latest entry in Rowling’s prequel film series) hitting theaters next month, the author spoke in a new interview with EW about the direction of future Fantastic Beasts films.

A large part of the excitement surrounding Fantastic Beasts: The Crimes of Grindelwald is the addition of the titular dark wizard himself (played by Johnny Depp) and a young Albus Dumbledore (Jude Law). Naturally Rowling spoke up on both characters’ presence in the film.

“The first mention of Grindelwald is in Harry Potter and the Philosopher’s Stone, so he has been part of the canon from the beginning. He was a very famous dark wizard whom Dumbledore defeated in 1945, a wizard who once owned the Elder Wand (as Voldemort did later). Although he remained rather mysterious in the Potter books, I had a very clear understanding of who Grindelwald was and what his story had been. Grindelwald is essential to an understanding of how Dumbledore became Dumbledore.“

When it came to the iconic Headmaster of Hogwarts, the writer added, “It is no secret that Dumbledore is my favorite character in the Potter stories, so it was an absolute joy to have an opportunity to write dialogue for him again. He’s a fascinating character on so many levels.”

Beyond those two characters, Rowling reaffirmed that she already has the overall trajectory of the remaining three Fantastic Beasts films after The Crimes of Grindelwald planned out, stating that “it’s always possible that some details will change along the way, but the arc of the story is there.”

Are you excited to see Fantastic Beasts: The Crimes of Grindelwald next month? Be sure to join in the conversation with us down below!

Next post Idris Elba Will Play The Villain In CATS