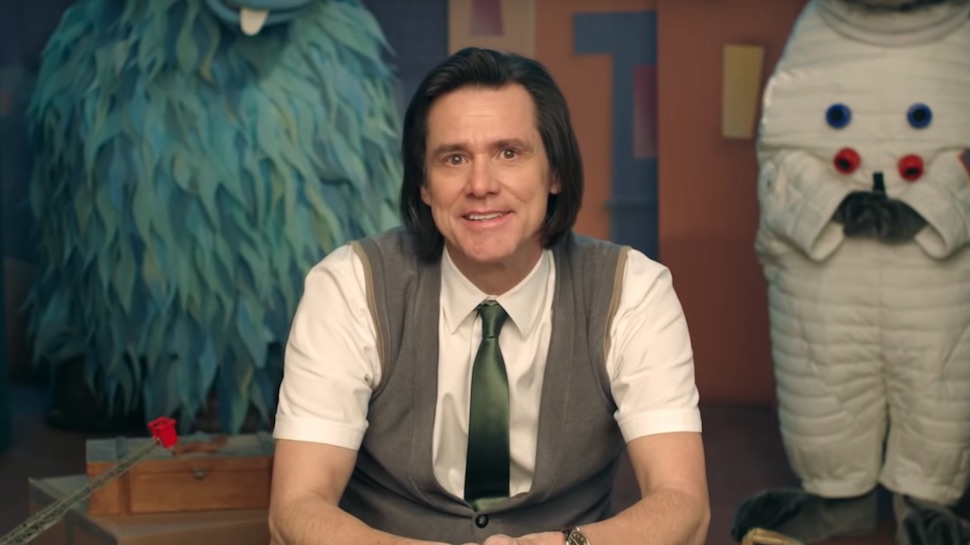 Jim Carrey’s new show Kidding has him playing a Mr. Rogers type character who is dealing with his own grief over the loss of his son. The first season is about five episodes in, but that was enough for Showtime to see to be sold on more. The premium cable network has renewed the show for a second season, as you can see by their announcement on Twitter.

Friends, the little 🎶 inside your ❤️ can keep on playing because #Kidding will return for season 2! ✨🤗 #Showtime pic.twitter.com/Q7uoBeEyPH

The show is a harrowing look at grief and coping with it. I’ve seen three episodes, and the journey of Mr. Pickles and his family is shown very well.

As genius as Carrey is at slapstick comedy, he is just as good at subtle emotion that will break your heart.

It’s good Showtime was able to renew this. With Shameless ending, they need more shows. While maybe not as widely watched as some HBO shows, Showtime still has a good crop of shows including Homeland, Billions, and Ray Donovan. Interestingly, this news comes on the heels of Showtime cancelling I’m Dying Up Here, which was the first TV collaboration between Carrey and the network.

This isn’t a fictional take on Mr. Rogers, nor is it a hilarious spoof of Mr. Rogers starring Jim Carrey. It is its own thing, and the show is better for it.

Kidding airs Sundays at 10/9C only one Showtime.

In KIDDING, Jim Carrey plays Jeff, aka Mr. Pickles, an icon of children’s television, a beacon of kindness and wisdom to America’s impressionable young minds and the parents who grew up with him – who also anchors a multimillion dollar branding empire. But when this beloved personality’s family – wife, two sons, sister and father – begins to implode, Jeff finds no fairy tale or fable or puppet will guide him through this crisis, which advances faster than his means to cope. The result: a kind man in a cruel world faces a slow leak of sanity as hilarious as it is heartbreaking.

Previous post The Disney and Fox Merger Will Be Officially Way Sooner Than Expected!