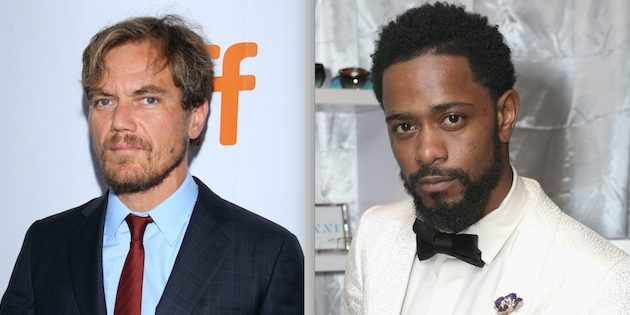 Star Wars: The Last Jedi director Rian Johnson is working on a murder mystery titled Knives Out before he gets to that new Trilogy of his. But this is no mere side project. If the casting is any indication, Knives Out is shaping up to be quite an affair. We recently discovered that Captain America and James Bond, Chris Evans and Daniel Craig, are set to star in the film. Now comes word that Lakeith Stanfield of Atlanta and Get Out fame, as well as General Zod himself Michael Shannon have enlisted for the film- which has been described as a modern Agatha Christie-type mystery.

Stanfield has received widespread notice thanks to films like Selma and Straight Outta Compton, the latter of which he portrayed rap icon Snoop Dogg. However, his most recognizable role to date is as Darius Epps in the comedy-drama Atlanta on FX, and he also made quite an impression on Netflix’s Death Note. He will next be seen in The Girl in the Spider’s Web.

Shannon is a workaholic, so chances are you’ve seen his work a lot lately. But in geek circles, he’s perhaps best known for his work as Zod in Zack Snyder’s Man of Steel. Recently, he’s appeared in Guillermo del Toro’s The Shape of Water, 12 Strong, and Fahrenheit 451.

Knives Out is amassing an impressive cast. With rumors swirling of a potential time jump, Evans may be bowing out as Captain America in next summer’s yet to be titled Avengers 4. Craig seemingly will also be vacating the role of Bond after his 5th reprisal in 2020’s Bond 25, with Cary Fukunaga recently revealed at the helm, after Danny Boyle’s exit from the project.

This project is attracting a ton of great talent that’s been recently linked to huge Hollywood productions. Knives Out is probably a welcome respite from all of the stunts and green screen work most of cast has had to work with in recent years, since it’s a good old-fashioned murder mystery and those tend to be very character driven.