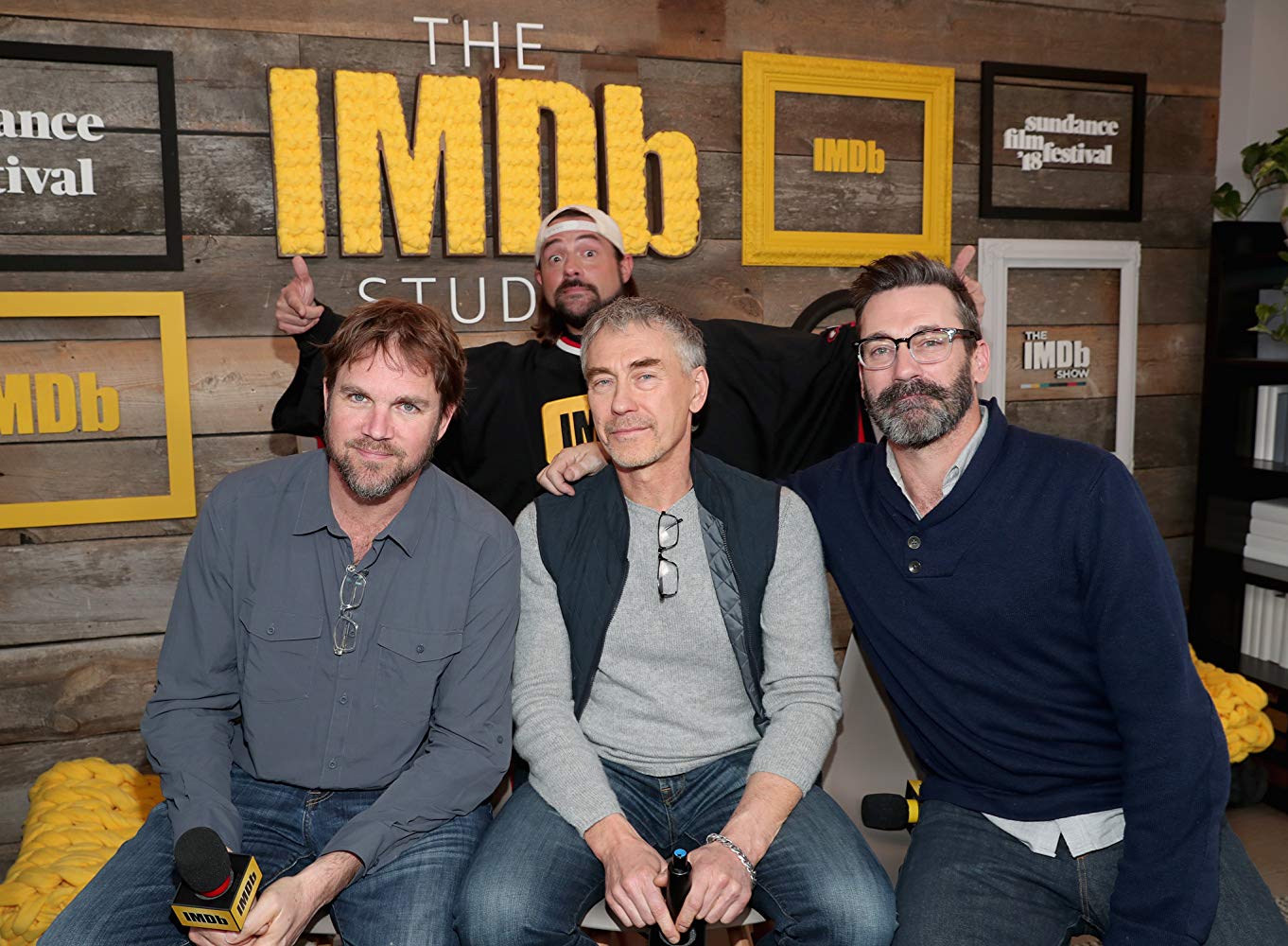 Ever since Ben Affleck’s future as Batman has been in doubt, people have been throwing other names out who could take up the mantle. One name that has been consistently out there is Jon Hamm.

Hamm himself even talked about the idea, saying:

“I’d probably fit the suit. I’d have to work out a lot, which I don’t love. But, I am sure there is an interesting version of that being out there. And if they wanted to tap me on the shoulder and ask me to do it: why not?”

One person (well two, if you count The Revengers Co-Host Brett Miro) thinks that is a great idea: Kevin Smith. Smith was at NYCC where he interviewed Hamm and had this to say about him being the next Caped Crusader:

Bat-Hamm! It’s hard to look good standing beside the best looking man in the world, but it’s worth it because I’m a huge Hamm fan (which sounds more erotically charged than I meant it)! The guy’s crazy talented, funny as fuck and smart as Hell. But just look at him in his suit and tell me that’s not Bruce Wayne! Give Draper the cape and light up the Bat Signal! Meantime, this Vegan’s gonna order Hamm when @goodomensprime drops (he plays the Angel Gabriel in the @neilhimself @amazon show)! #KevinSmith #jonhamm #imdb #nycc #suitjacket #goodomens #batman #bathamm

Smith affectionately calls him Bat-Hamm, while making all kinds of other puns. Smith is a huge Batman fan, and used to be friendly with Affleck. This is not an anti-Affleck movement – Smith has been very complementary of his former co-star, and if he stayed, that’s okay. But Smith has championed Hamm before, on his Fatman Beyond (formerly Fatman On Batman) podcast.

Smith has a lot of pull with geeks, and he works for DC Comics on occasion. While he might not influence DC’s decision, he certainly can be used as a litmus test to see how fan reaction to his suggestions are.

I could certainly see Hamm pulling this off. He’s a good choice for a more seasoned hero. If Reeves is going younger in his standalone Batman flick, then perhaps Hamm can be utilized in other Elseworld stories.

Do you agree with Kevin Smith about Jon Hamm? Let us know.

Next post STAR TREK DISCOVERY: Watch A New Trailer For The Second Season!