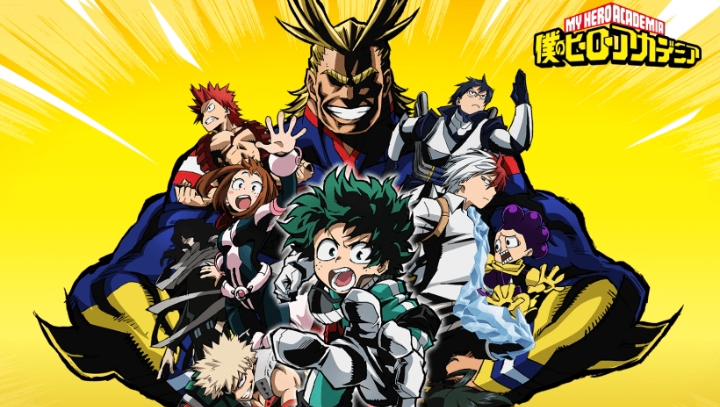 If someone were to ask me what is one of my favorite forms of entertainment, if not the one I find the most fulfilling, my answer would be diving into a good story. Always the daydreamer, whether via a podcast, comic books, TV series or film; there is something about a well told story that has always had a way of captivating me and sucking me into it. In my many travels through the multiverse of imagination, there is no medium that has surprised me more in its variety and storytelling than anime.

Anime is the medium that thousands of creators in Asian countries and around the world choose to tell a plethora of innovative stories in all genres. From drama to sci-fi, fantasy, horror, slice-of-life or an amalgam of these, there variety and uniqueness is endless. Though more and more people in the west become aware of the artistry and fascinating storytelling found in anime every day; this is common place in Japan and other countries. In Asian countries, people of all ages watch a variety of anime; because there really is a little something for everybody.

With an attempt to give anime its due representation here at Revenge of The Fans, I will be posting recommendations from time to time on anime titles that can serve as an entry point in this world in you have been curious about for some time or simply great stories for you to enjoy. There really is an endless forest of wonders in the world of anime that deserve the attention of people that enjoy good stories.

Imagine a world where 70 percent or more of the population develop unique powers as part of their natural development. As a result, heroes saving people in danger, fighting super-villains or stopping crimes are commonplace. In this world, heroes are not only an inspiration, but also a career path institutions one could graduate high school and pursue the career path. Those desiring to be the #1 hero aspire to get in the most prestigious Hero schools in the world.

Since he was a child, he dreams of being a hero like Earth’s #1 hero, All Might, the living Symbol of Peace. He watches as everyone around him develops their unique superpowers or “Quirks,” but his unique power doesn’t manifest. Worried about his “condition,” he asks his mom to take him to the doctor to then find out that…

Our protagonist is a member of a minority of people on that are born without the genetic predisposition for developing superpowers. Though heartbreaking, these news don’t make Izuku waver or quit chasing his dream to become a hero like All Might, who always saves the day with a smile.

My Hero Academia follows Izuku’s journey as he strives to become the number #1 hero and his adventures at UA High School. Filled with interesting characters, a rich world, intriguing lore with original takes on superhero tropes and superb storytelling that encapsulates the perfect balance of mystery, intrigue and twists. I can confidently say that this anime is one of my favorite ever so far and one the most interesting and compelling superhero stories I’ve seen.

Midoriya‘s story is truly captivating because apart from having the heart of a true hero, our protagonist is a hardcore fan. The anime goes to great lengths to explore his fandom for All Might and heroes in general as they present his transition towards becoming a hero himself. This fanboy quality that Midoriya has makes him not just an interesting character but also one that fans can relate and identify with.

One of my favorite qualities of anime is that most of these shows wear their identities on their sleeves and My Hero Academia is no exception. Most anime will bombard (and not in a bad way) with clusters of exposition, so as a viewer you can understand exactly what to expect from it during the first one or two episodes and the best ones do it so well that they’ll take a hold of you in the first 5 minutes. My Hero Academia in particular has a two-part Pilot that had me crying because of how sincere and moving it was.

If you have never ventured into the world of anime and love superheroes, My Hero Academia is a great place to start. From the thousands of anime projects available in a multitude of platforms, this series deserves your attention for at least the first two episodes which only run a total of 49 minutes. Trust me, you will not be disappointed.
The series just wrapped up Season 3, which gives viewers time to catch up before the premiere of Season 4 on April 2019.

My Hero Academia is available via these streaming services: Crunchyroll, VRV, Hulu and Funimation, among others. If you have a membership to any of these streaming services, check out My Hero Academia. Many of these sites also offer free trials if you want to check the show out for free. Let me know what you think in the comment section below or on Twitter.

I’ll be back with another great anime recommendation soon.

Till then, fellow Revengers!

Previous post Revenger Submission: ‘The Best Man For THE BATMAN’