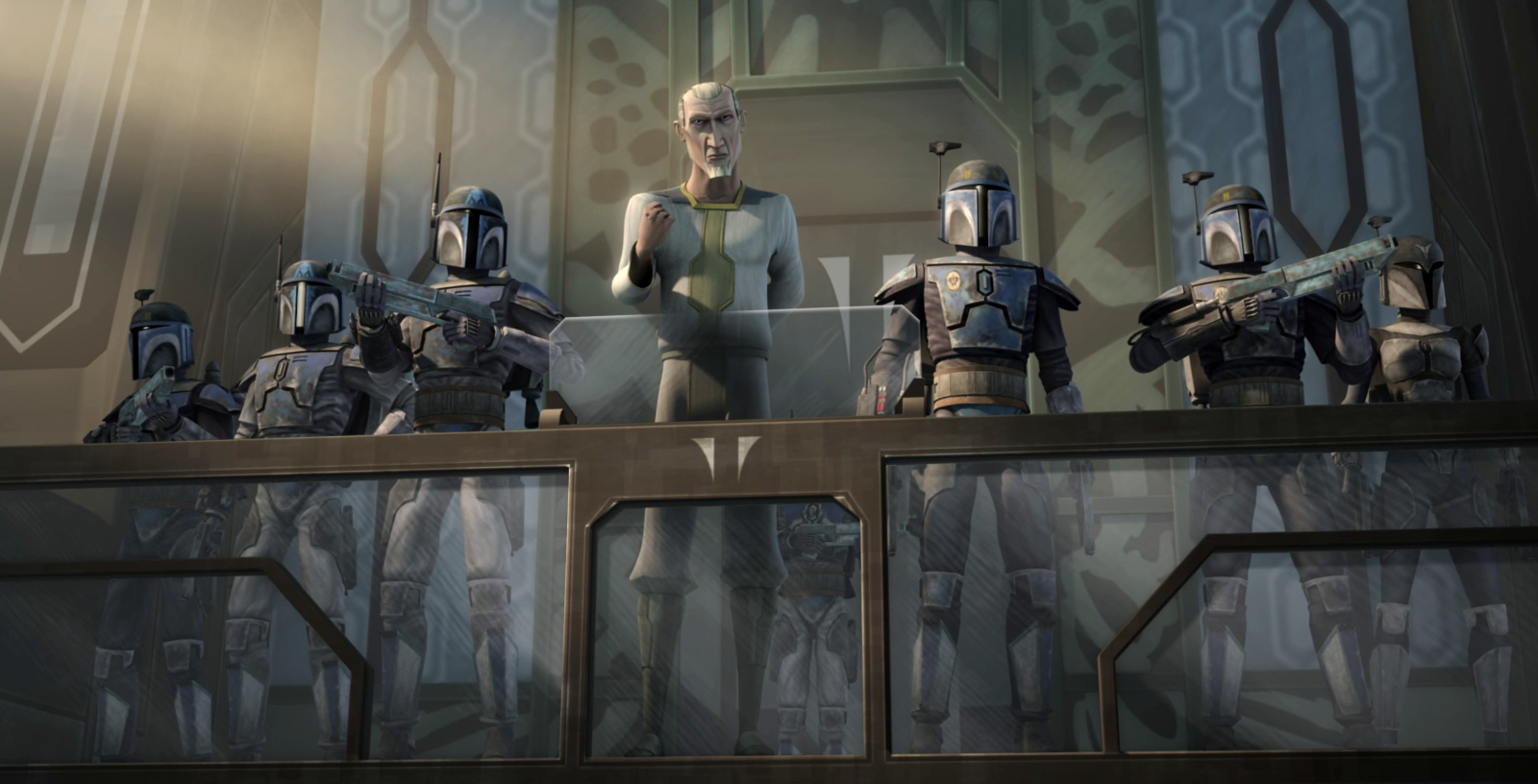 A live action Star Wars television show is coming to Disney Play next year. It will be helmed by Iron Man, Chef, and The Jungle Book director Jon Favreau. While all Star Wars projects are shrouded in a cloud of mystery, there were rumors that the show would deal with the Mandalorians. Now we know that is indeed the case, as Favreau took to Instagram to give a description of the show, and to reveal that it will be titled, simply, The Mandalorian:

After the stories of Jango and Boba Fett, another warrior emerges in the Star Wars universe. The Mandalorian is set after the fall of the Empire and before the emergence of the First Order. We follow the travails of a lone gunfighter in the outer reaches of the galaxy far from the authority of the New Republic.

The description is just the right amount of specific to be generic enough to not know what the show is about! Lucasfilm is very good at that.

There is some debate as to whether the Fetts are actually Mandalorians or not, but that is a conversation for another time.

A “lone gunfighter” show in an unexplored era (between Return of the Jedi and The Force Awakens) is a good idea. That way people won’t be expecting cameos left and right, but they could still happen if the story calls for it.

It is assumed that Favreau will direct a couple of episodes, which makes sense. But MakingStarWars.net has several reports on the show, and it sounds like we could see Dave Filoni direct a few episodes, a female director helm one, as well as an MCU director they think is Taika Waititi take the reigns as well!

There were rumors of Pedro Pascal being cast in the show, but now that the title and description are out, and filming has commenced, we should expect a casting announcement any day now.

Would a show about a Mandalorian be enough to get you to subscribe to Disney Play?

The Mandalorian will presumably hit the app in 2019.