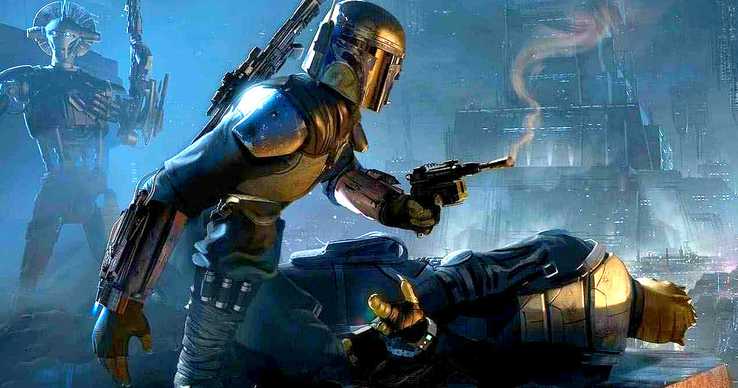 Earlier this year it was reported that the House of Mouse had tapped Iron Man Director Jon Favreau to produce and write a live action Star Wars series being developed exclusively for the Disney Streaming Service. Favreau then confirmed the series would take place within the gap between Return of the Jedi and The Force Awakens, specifically seven years after the former.  Now with set photos turning up and production gearing up soon, a hot rumor has surfaced that Pedro Pascal has landed the lead role in the series.

Pedro Pascal seems to be trending, as he is currently filming next year’s Wonder Woman 1984. Recent rumors suggest Pascal is playing DC Comics villain, Max Lord in WW84, with a mystical twist. The outlet does confirm their lack of consistency with casting, so I would take this Star Wars rumor with a grain of salt until further confirmed. After all Pascal is deep in production for next year’s WW84 and with filming set to bleed into early next year, and then pickups a few months out, I do not see Pascal having the time as a series lead.

The Untitled Star Wars series is rumored to explore the rebuilding of Mandalore, after the fall of the Galactic Empire. It also does not seem as though the series will pick up any part of the now shelved series previously developed by George Lucas, with Disney and Lucasfilm likely going in a different direction. Star Wars TV series is set to debut on the Disney Streaming Service sometime in 2019, and with this being the first live action series in the Star Wars universe, it is sure to draw in a healthy amount of subscriptions.

Let us know your thoughts and sound off on the comment section below.

Next post Noah Centineo Signs On For CHARLIE’S ANGELS Reboot