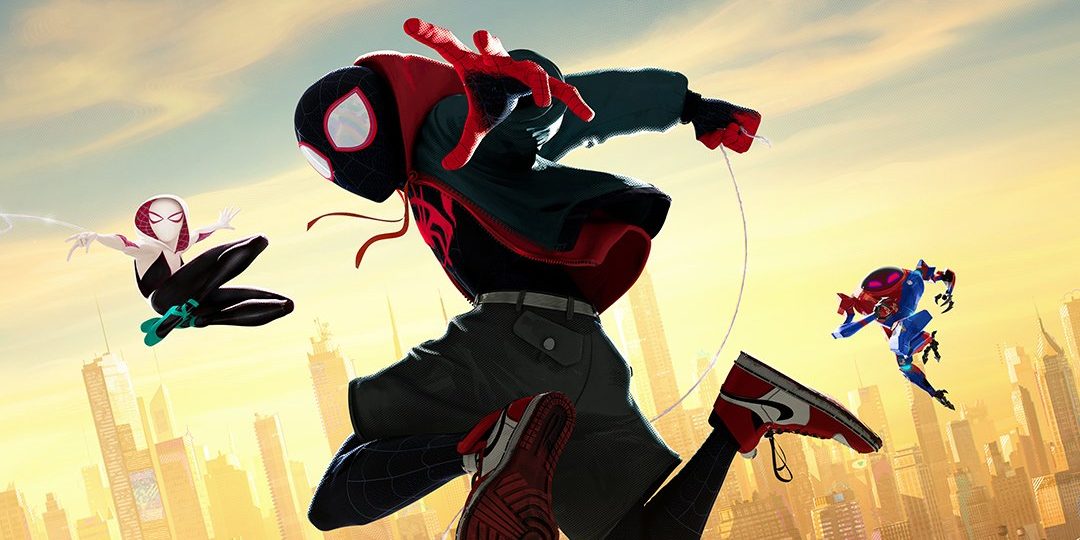 Sony has just dropped the new trailer for Spider-Man: Into The Spider-Verse and, aside from the film looking fairly phenomenal, it brings something new to the table for you to consider.

First, watch the new Spider-Man: Into The Spider-Verse trailer, then we’ll discuss:

In the opening moments of this new look at the film- which is produced by Phil Lord and Chris Miller- we see OG Peter Parker Spider-Man referencing some of his previous escapades. As part of that little montage, they include two very direct references to two very old Spider-Man movies. The first is the famous train rescue from Sam Raimi’s Spider-Man 2, and the second is the infamous upside down kiss from the first film in that trilogy.

While Into The Spider-Verse was never expected to pick up on the seeds planted in the new Marvel Studios-led Spidey films starring Tom Holland, I don’t think anyone expected the film to imply it’s some sort of successor to Tobey Maguire’s run. The film toys with the idea of there being alternate dimensions, and it seems like Peter Parker (voiced by Jake Johnson) comes from a dimension made up of the Raimi canon, and I- for one- dig that.

Now, could it just be an easter egg and not some sort of “proof” that this is some pseudo version of Spider-Man 4 to Raimi’s original trilogy? Sure. But it’s still notable that they want audiences to think of those movies as they promote this animated Spidey adventure.

Regardless of any of this, I am super stoked for this movie, and this trailer just sealed the deal for me.

What did you think?

Spider-Man: Into The Spider-Verse will swing into a theater near you on December 14!