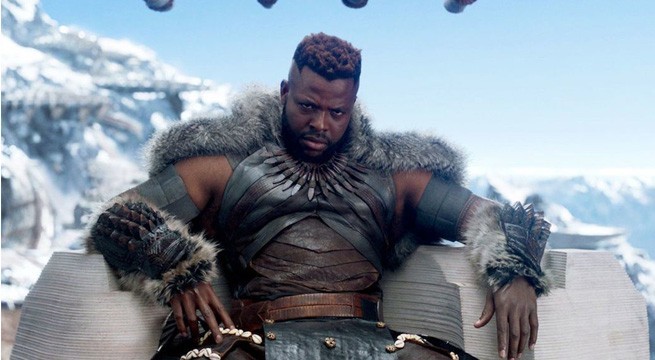 Heroine is described as:

“The story focuses on a mother and domestic abuse survivor who moves into a new neighborhood for a clean start, only to fall into new danger when she witnesses a kidnapping by an Aryan gang.”

Duke’s previous works include recurring roles in Person of Interest and Modern Family, with his jump to the silver screen being his breakout role as M’Baku in Black Panther. Duke reprised his Black Panther role in Avengers: Infinity War and is expected to do so again its Untitled Sequel, and will next be seen in Jordan Peele’s follow up to Get Out, titled Us.

Paramount Players is a new division arm of Paramount Pictures, and was created in June 2017 to focus on what they refer to as “contemporary properties.” The studio’s first film is a co-production with Tyler Perry Studios and titled Nobody’s Fool. The studio is set to collaborate with other properties owned by Paramount like BET, Comedy Central and Nickelodeon, the latter of which has three films in current development: Dora the Explorer, Are You Afraid of the Dark? and live action/CGI hybrid Rugrats film.

With Winston Duke be reprising his role as M’Baku in next summer’s much anticipated release of Avengers 4, and his character surviving the Finger Snap of Doom, maybe M’Baku gets to become ruler of Wakanda after all? Regardless, the man who plays him seems to be on quite a roll.

Previous post Fleischer Talks Casting Tom Hardy, And Not Pulling Any Punches Despite VENOM Being PG-13

Next post An All-Female FAST AND FURIOUS Spin-Off In The Works?