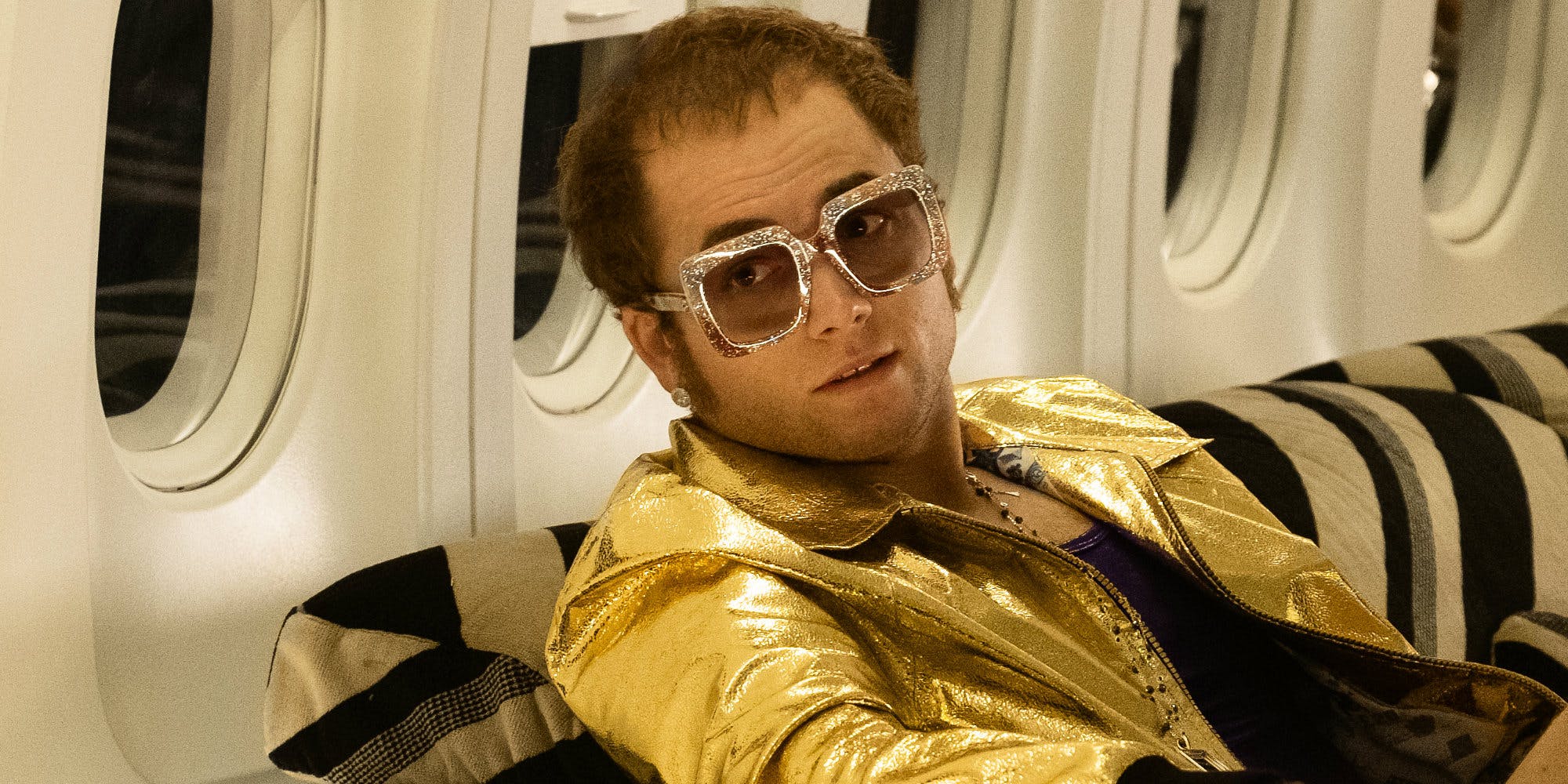 We’ve just been given our first look at Rocketman, and we’re liking what we’re seeing so far.

When it comes to biopics, things tend to fall into one of two categories: There’s the brutally honest, warts-and-all chronicle of a person’s life- which has the freedom to depict them as a flawed human. And then there’s the very glossy, everything was wonderful bit of public relations that turns the focal point’s life into a Hallmark movie. What we don’t see nearly often enough is the third kind of biopic, one that takes the nuts and bolts of its central figure’s life and turns it into a larger than life story.

An example of that would be Dragon: The Bruce Lee Story, which depicted the legendary martial artist and actor’s life as if it was one massive Kung Fu movie.

As it turns out Rocketman, which will bring Elton John’s story to the big screen for the first time, will have more in common with Dragon than with Ray. And with someone who’s lived a life as wild as John has, that sounds like a perfect fit.

Check out the trailer for Rocketman, which perfectly illustrates what a “True Fantasy” it aims to be:

Rocketman stars Taron Egerton as Elton John, and is directed by Dexter Fletcher.

The film, which only recently started filming, comes out next year on May 17.

They’d be wise to get this trailer in front of the upcoming Queen biopic Bohemian Rhapsody, because we suspect there’ll be some serious overlap between their respective audiences.

What’d you think of this first look at Rocketman?

Next post A Dead Batman? How DC’s Lack of Messaging Doomed The DCEU