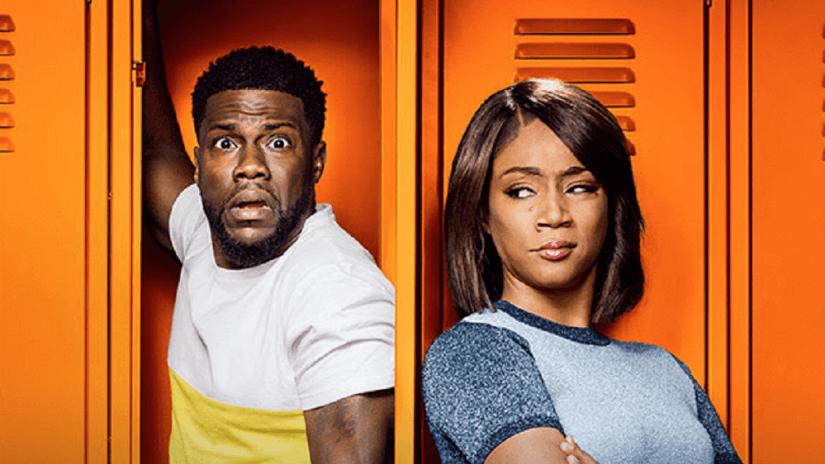 Last week I boldly predicted that there wouldn’t be any movies making a big splash at the box office this weekend, and I was right… kind of.

Philadelphia’s own Kevin Hart took the number one spot this weekend with Night School. The film, which costars Tiffany Haddish, opened to $28 million this weekend. That’s Hart’s 10th film to open north of $25 million. Not bad at all. While critics didn’t exactly love Night School, giving it only 30% on Rotten Tomatoes, audiences loved giving it an A- Cinemascore. So, with the good word of mouth, this film will be another modest hit for Hart.

Debuting at number two is the animated kids flick Smallfoot with $23,020,000. Audiences again gave an A- Cinemascore, while critics landed on the positive side with a 69% on RT.

Falling from the top spot to land at number three is The House with a Clock in It’s Walls. The kiddie horror flick dropped 53% for second week take of $12.5 million. Clock is now at $44.7 million and will probably finish around $70 million making it another nice little family hit for Black.

The Nun fell to number five with $5.4 million. It’s now at $109 million domestic making it the second highest film in the The Conjuring franchise after The Conjuring; however, if you look at the worldwide grosses, The Nun is the number one film in the series with $330 million.

Aside from Night School, the other notable debut this week was Liongate’s 80s style horror film Hell Fest. It debuted just out of the top five at number six with $5 million. With a budget of only $5.5 million, it’s on its way to making a profit, albeit a small one. I think once this hits streaming and rental it’ll turn out to be a nice little cult hit for the studio.

Two big movies hit theaters next week, and both are expected to do well. First up is Venom, based on the Marvel Comics character. It’s tracking to open around $65 million, and may finally launch Sony’s Spider-Man without Spider-Man film franchise. The other film is Bradley Cooper’s directorial debut, A Star is Born. The remake is getting early Oscar buzz, and Cooper’s costar, Lady Gaga, is all but a shoe in for a Best Actress nomination come awards season.

0
InA Simple Favor, Night School, Smallfoot, The House With A Clock In Its Walls, The Nun

Previous post “THE OLD MAN & THE GUN” – An RTF Review