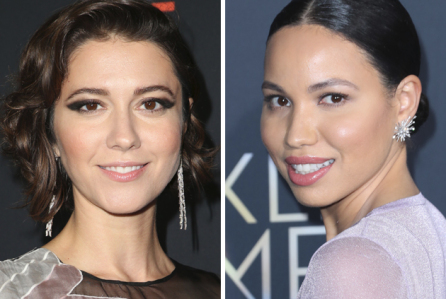 Days after official release date and leaks of screen testing for the roles of Huntress and Black Canary, Birds of Prey have found their heroines. Earlier we got confirmation that Mary Elizabeth Winstead and Jurnee Smollet-Bell have joined Margot Robbie as Huntress and Black Canary respectively. The duo are the first casting additions to Birds of Prey, with Cassandra Cain, Renee Montoya and antagonist Black Mask yet to be cast.

“They join Margot Robbie who reprises her Suicide Squad role of Harley Quinn in a Gotham that isn’t protected by Batman.”

What’s interesting to note here, is that we should not expect an appearance from Batman like we did in Suicide Squad, but also, it leaves us pondering of his whereabouts. Did Bruce Wayne retire after Justice League like he suggested? Or are they going to find some other creative way to keep him otherwise occupied?

Former Scream Queen Winstead’s recent credits include 10 Cloverfield Lane and Fargo, in the latter of which she starred opposite McGregor- which could come in handy later. Birds of Prey will not be Winstead’s first foray into super heroics, as she appeared as the villain in Disney’s Sky High. Bell was recently seen in the film One Last Thing and TV series Underground, she will also next be seen in Jordan Peele and J.J. Abrams produced Lovecraft Country.

Birds of Prey marks Huntress’s fourth live action appearance and was last seen on the CW’s Arrow during a multi-episode arc between seasons 1 and 2, in which her last appearance pairs her with Arrow’s first Black Canary in an episode titled Birds of Prey. Huntress was played by Jessica De Gouw, with many hoping for a return and true to form for the character somewhere in the Arrowverse, her inclusion into the film will likely prevent that from happening. Black Canary played by Juliana Harkavy is currently a main character on Arrow’s ensemble line up, and the fourth person to carry the mantel since the series began. Birds of Prey will mark Black Canary’s fifth live action appearance and prior to Arrow, the character became a recurring character on Smallville since its 7th season played by the wonderful Alaina Huffman.

Birds of Prey continues to come together, with casting expected to round out over the next two weeks. This news follows a series of Worlds of DC stories that have been garnering positive momentum as we approach the release of their next high-profile film, Aquaman. We would like to hear your thoughts and opinion in the comment section below.

CONTINUE READING: “Ewan McGregor And Sharlto Copley Are In The Running To Play Black Mask In BIRDS OF PREY“

Previous post Here Is The Trailer For DARK PHOENIX!